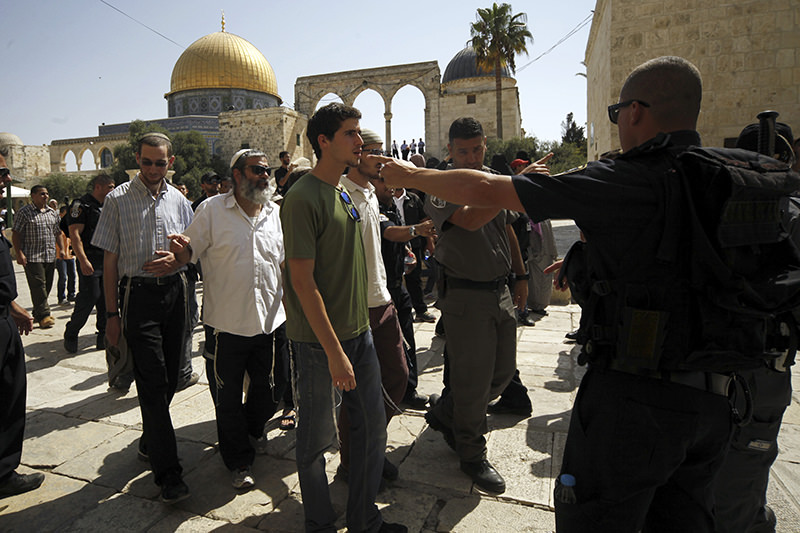 | AP Photo
by Associated Press Oct 27, 2015 12:00 am
A Jordanian official says Jordan wants footage from security cameras to be installed in a Jerusalem shrine at the epicenter of Israeli-Palestinian violence to be streamed on the Internet.

The official said Tuesday he expects cameras to be installed in "days, not weeks."

He says both Muslim clerics and Israeli police will for now monitor the images, but that "the ultimate goal is for the footage to be seen on the Internet, by everyone." He spoke on condition of anonymity in line with regulations.

Palestinian U.N. Ambassador Riyad Mansour on October 16 told the United Nations that the issue of protection "has become more urgent than any time before" because of what he called Israeli aggression "against our defenseless Palestinian people," including at the Jerusalem site that includes the al-Aqsa mosque, the third most sacred place in Islam, and the ancient Hebrew Temple Mount, the holiest place in Judaism.

The shrine, revered by Muslims and Jews both, has been a lightning rod of clashing Israeli and Palestinian narratives.

Palestinians fear that Israel is expanding its presence at the site, a claim Israel has denied.
Last Update: Oct 27, 2015 5:12 pm
RELATED TOPICS