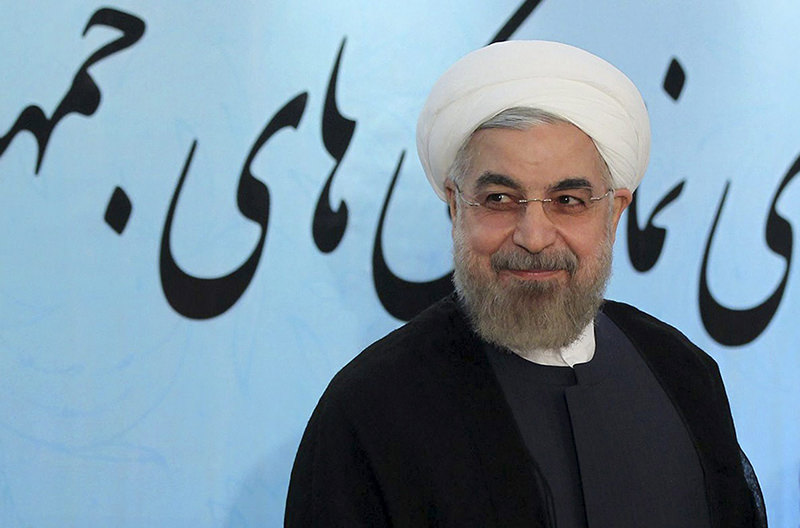 | AP Photo
by Nov 11, 2015 12:00 am
Iran's leaders won't attend events serving alcohol, a diplomat said Wednesday after French media reported that President Hassan Rouhani refused to attend a state dinner in Paris because wine was on the menu.

"According to Islamic values and teachings, officials of the Islamic Republic do not participate in ceremonies where alcohol is served," said the diplomat, who is in charge of protocol at Iran's foreign ministry, according to ISNA news agency.

RTL Radio reported this week that Elysee officials had cancelled plans for an official dinner for Rouhani hosted by President François Hollande after Iran insisted it had to be alcohol-free.

Rouhani will travel to Italy and France on November 14-17 in a visit seen as an opportunity for rapprochement and renewed trade ties in the wake of July's landmark nuclear deal following years of strain between Tehran and the West.

Under the deal, Iran agreed to curb some elements of its nuclear programme in exchange for a lifting of UN, US and European economic sanctions.

Rouhani is also set to meet Pope Francis during the Italian leg of his trip.

In October 1999, the reformist former president Mohammad Khatami also refused to attend a reception at the Elysee Palace because wine was to be served.
Last Update: Nov 11, 2015 2:16 pm
RELATED TOPICS