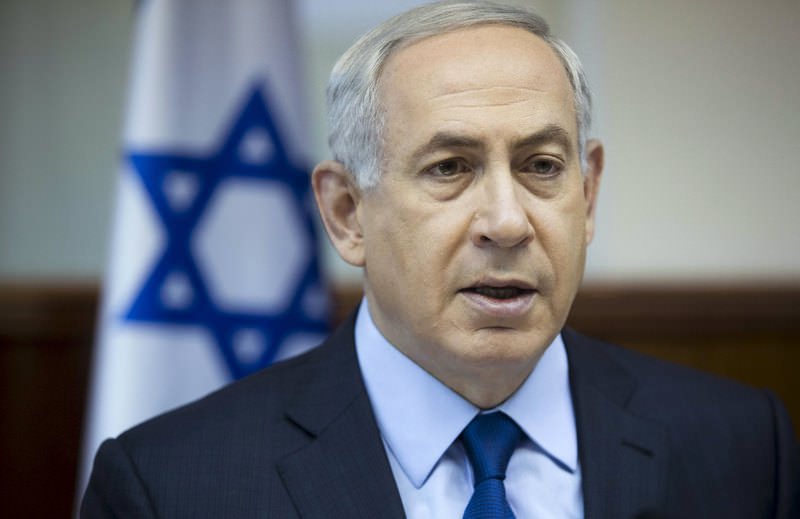 by Daily Sabah with AA Nov 13, 2015 12:00 am
Jose de la Mata, a judge of Spain's National Court (Audiencia Nacional), ordered the country's security forces to notify him when Israeli Prime Minister Benjamin Netanyahu and Minister Binyamin Begin and four former Israeli ministers arrive in the country to re-launch the investigation into the Mavi Marmara attack.

The list of ministers include former ministers Ehud Barak of defense, Avigdor Lieberman of foreign affairs, Moshe Yaalon of strategic affairs, Eli Yishai of interior, along with Vice Admiral Eliezer Marom who was commanding the Israeli Navy when the attack on vessel took place in 2010.

De la Mata stated said that seven suspects in the investigation should be present in Spain to re-launch the probe, which brings out the possibility for Israeli officials to be taken into custody when they set foot in Spain.

The legal battle of Spanish nationals in the country had faced with various legal and political obstacles, with the latest one being the removal of National Court's authority to file lawsuits in international incidents. Thus, judges Pablo Ruz and De la Mata ordered the investigation to be ceased and take the lawsuit to the International Court of Justice (ICJ) located in The Hague, Netherlands.

Spanish NGO "Rumbo a Gaza" stated that the recent order is an important development.

Turkey's relations with Israel have been strained after the deadly raid on a Gaza-bound humanitarian aid ship by the Israeli Defense Forces (IDF) in 2010.

The Mavi Marmara attack took place when the Gaza Freedom Flotilla, organized by the international Free Gaza Movement and Turkish nongovernmental organization Humanitarian Relief Foundation (IHH), sailed to take humanitarian aid to Gaza and break the Israeli blockade. The flotilla's main ship, Mavi Marmara was raided by Israeli forces in international waters in 2010. Ten were killed and 55 were wounded in the attack on the ship.

In March 2013, Israeli PM Netanyahu expressed his regret for the Mavi Marmara killings in a phone conversation with Turkish President Erdoğan when Netanyahu was next to Obama who brokered the apology. Even though the phone conversation opened a door to negotiations, the talks were later stalled after Israel's Gaza aggression. Israel agreed to increase reparations for the victims to $20 million and a draft of an agreement between the two states was written in February 2014.
Last Update: Nov 13, 2015 8:42 pm
RELATED TOPICS