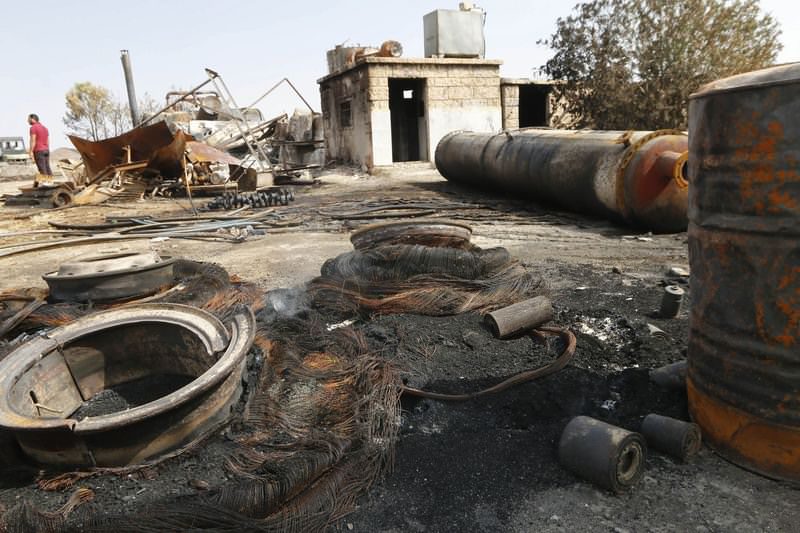 by Daily Sabah with Reuters Dec 02, 2015 12:00 am
The United States has stepped up the bombing of Daesh terrorist organization's oil operations including drilling and trucking to go beyond hitting mostly mobile refineries, President Barack Obama's nominee for Assistant Secretary of State for energy said on Tuesday.

"What you've seen over the last few weeks is a stepped up approach that is not only more bombings, but a different kind of bombing," Amos Hochstein, currently energy envoy at the department, told the Senate Foreign Relations Committee.

About 43 percent of Daesh's oil revenue has been affected by U.S.-led strikes over the past month, U.S. General Joe Dunford, chairman of the Joint Chiefs of Staff, said in testimony to a separate congressional panel.

A team from Hochstein's bureau at the State Department is working with the Defense Department to determine targets. In earlier bombings on the terrorist group, the United States mostly hit mobile refineries and oil collection points.

That approach made sense at the time because the equipment turns oil into products with greater value, and it disrupted revenue, Hochstein said. But the group adapted and fixed some infrastructure in rudimentary ways.

Now the United States is looking at the wider chain including oil production, refining, and trucking. Bombs have destroyed trucks in the last few weeks, he said.

Much of the revenue Daesh gets from oil comes from the early stages of the supply chain, Hochstein said. The group uses oil not only for revenue but as a means of tightening its control of the territory it holds in Iraq and Syria.
Last Update: Dec 02, 2015 1:27 am
RELATED TOPICS