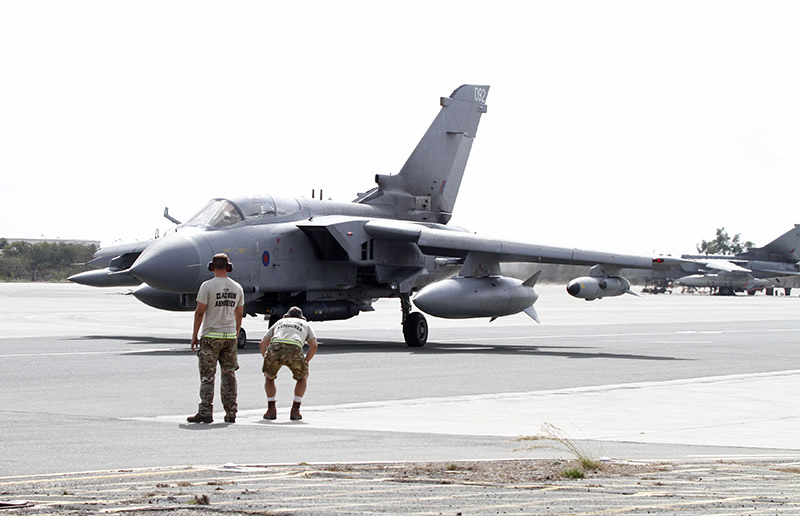 Royal Air Force planes based in Cyprus carried out the "first offensive operation over Syria and have conducted strikes," a defense ministry spokesman said Thursday, following a vote Wednesday evening.

The strikes, carried out by four Tornado fighters, focused on six targets in the oil field in eastern Syria, 30 miles from the Syria border, the ministry said.

The first two jets took off around 11:30 p.m. GMT followed by two more an hour later, each carrying three precision-guided 500lb (226-kilogram) Pave way bombs and returning without them, the BBC reported.

"This strikes a very real blow at the oil and the revenue on which the DAESH terrorists depend," Defense Secretary Michael Fallon told the BBC.

Prime Minister David Cameron's government was backed by 397 lawmakers compared to 223 who opposed the bombing; giving him the strong mandate he said was essential for military action.

Cameron welcomed the result of the House of Commons vote, writing on Twitter: "I believe the house has taken the right decision to keep the U.K. safe - military action in Syria as one part of a broader strategy."

It was also immediately hailed by U.S. President Barack Obama, who said the U.S. would "look forward to having British forces flying with the coalition over Syria."

During the 10-hour parliamentary debate, a wide range of deputies from all parties including main opposition Labor leader Jeremy Corbyn spoke out against airstrikes.

Corbyn condemned Cameron's "ill thought-out rush to war" and said his proposals "simply do not stack up."

However, Labor was also deeply split on the issue. Some 67 of its 231 deputies reportedly voted in favor of bombing, including 11 members of Corbyn's frontbench.