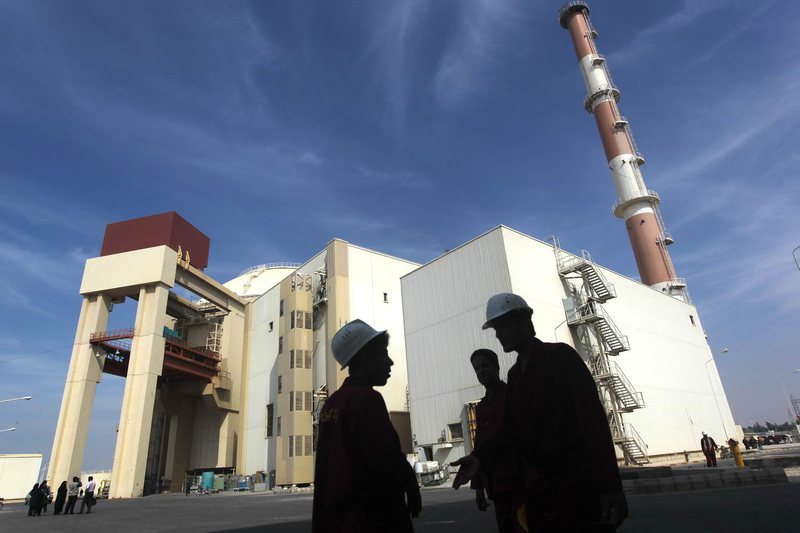 by Associated Press Dec 03, 2015 12:00 am
Iran did work related to developing nuclear arms in the past, the U.N. atomic agency concluded in a report Wednesday that wraps up a near decade of investigations and opens the way to implementing a landmark deal aimed at reducing any future nuclear threat from Tehran.

But the report contested that view and came down on the side of U.S. allegations, saying the agency "assesses that a range of activities relevant to the development of a nuclear explosive device were conducted in Iran prior to the end of 2003 as a coordinated effort, and some activities took place" up to 2009.

At the same time, the report said any such work was restricted to "feasibility and scientific studies" that stopped short of the advanced development of such weapons.

No previous IAEA report has so clearly linked Iran's past nuclear work to weapons development.

At the same time, the agency described its finding as an assessment and left a final ruling on whether the case should be closed in the hands of Washington and other leading nations represented on the IAEA's 35-nation board. That decision is tentatively set for Dec. 15, when the board meets to decide whether to endorse the deal. Expected approval would close the IAEA investigation and fulfill a key requirement of the July 14 nuclear deal between Iran and six world powers.

That deal specifies that the agency must be in the position to wrap up the probe and deliver its views as a key condition for the start of an end to nuclear-related sanctions on Tehran. In exchange, Tehran must cut nuclear technologies that could be used in the future to build a bomb.

Beyond its drive for an end to all sanctions imposed on it over its atomic activities, Iran attaches huge importance to closing the books on the allegations in its drive to lift all punitive measures against it and wipe the slate clean over its nuclear program.

Israel, Iran's implacable foe, urged further pressure on Tehran. Prime Minister Benjamin Netanyahu asked the IAEA to "continue to deepen the investigation," saying Iran's past was relevant to the "current status" of its nuclear program.

the existence of an "organizational structure" prior to 2003 "suitable for the coordination of a range of activities relevant to the development of a nuclear explosive device."

development of detonators "relevant to a nuclear explosive device" while acknowledging that the devices also have "growing" civilian and conventional military uses.

work on a separate explosives initiator that has "characteristics relevant to a nuclear explosive device, as well as to a small number of alternative applications."

environmental samples from a site that contravene Iranian assertions that the site was used for non-nuclear purposes. The agency strongly suspects Iran allegedly conducted tests of explosives meant to set off a nuclear charge at the location.

no evidence of such work during a brief on-site inspection but determining that extensive construction work at the site previous to the inspections interfered with IAEA attempts to follow up on its suspicions.

The assessment noted Iran did not provide new information on some queries dating back to 2011 when the IAEA first detailed its allegations on work that in some cases seemed to have no other purpose but to make nuclear arms. In the case of "dual use" technologies that could be applied both for civilian and nuclear weapons programs, Iran said the experiments were civilian in nature or meant for conventional military purposes, the agency said.

In Washington, State Department spokesman Mark Toner described the report as "consistent with what the United States has long assessed Iran had a nuclear weapons program that was halted in 2003."

He also noted that the report fulfilled the conditions laid down in the July 14 nuclear deal. That agreement said that Iran must meet specific deadlines in cooperating with the IAEA in order for it to be able to wrap up its investigations by this month.

The U.S. has long urged that Iran not only trim its present nuclear program but also admit to what it says was past nuclear weapons work. Iran's refusal to address those demands led since 2006 to a series of U.N. Security Council resolutions and sanctions against Tehran and until recently the latent threat of U.S, and Israeli military strikes against Iran's nuclear facilities.

Those threats diminished and Washington's priorities shifted with the signing of the July 14 nuclear deal co-engineered by the United States and Iran and signed by five other nations at the table. The agreement commits Iran to cutting back for more than a decade on nuclear technologies that could be used for weapons-making in exchange for sanctions relief.

The long-standing U.S. mantra accused Iran of "deception and deceit," on the weapons issue. As late as mid-June, Secretary of State John Kerry said the IAEA report must "resolve our questions about it with specificity" before any nuclear-related sanctions on Iran are lifted.

Just weeks later, however, Kerry said Washington is not "fixated on Iran specifically accounting for what they did at one point in time or another." Instead, he said the U.S. is concerned about "going forward."