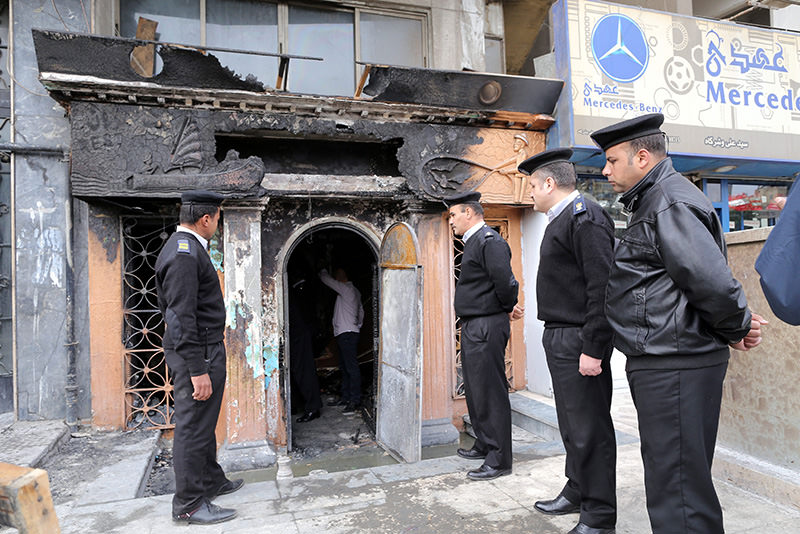 Members of the Egyptian security stand guard in the restaurant that was attacked near Cairo, Egypt, 04 December 2015 (EPA photo)
by Dec 04, 2015 12:00 am
A petrol bomb attack on a Cairo disco killed at least 16 people and wounded two in the early hours of Friday as a blaze broke out, police said.

Police launched a manhunt after the perpetrators fled the scene of the firebombing in the Agouza neighbourhood of the Egyptian capital.

An initial toll had put the number of deaths at 12.

A thick cloud of smoke was seen billowing from the fire-ravaged nightclub.

According to a security source, the attack appeared to have been the result of a dispute between employees of the nightclub and a group of youths.