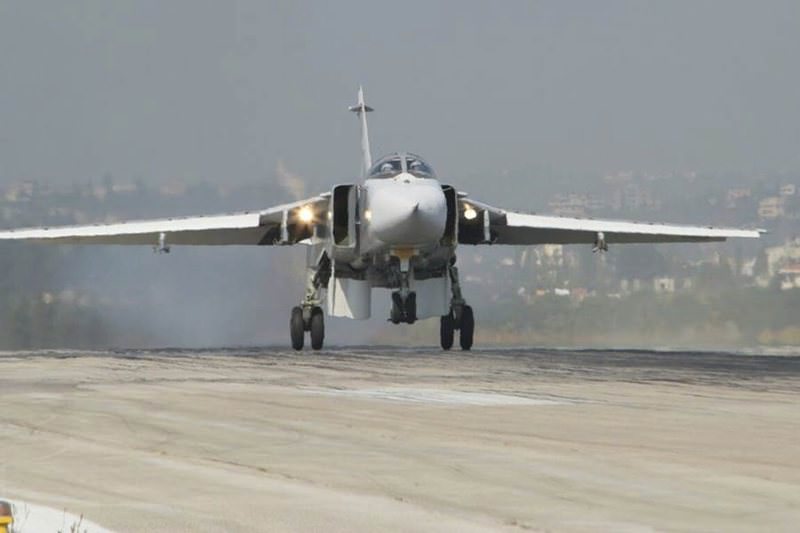 by Daily Sabah Dec 06, 2015 12:00 am
Russia gave air support to Daesh as it attacked the opposition forces in key locations while they were fighting against Daesh militants, an intelligence report obtained by Daily Sabah revealed.

According to military sources in the region, Russia mostly targeted Turkmens and opposition forces. "Whenever opposition forces are about to defeat Daesh, Russia immediately strikes them and force them to withdraw," the report added, adding "Russia will stay in the region as long as Daesh stays. In the same pretext, Russian airstrikes support PYD militants."

Russia provides military support to the Syrian affiliate of the PKK terrorist organization, Democratic Union Party (PYD) fighting with Syrian opposition groups to take control of the Azez region in Syria near the Turkish border, according to the report.

The report said "It was confirmed that Daesh members and opposition groups keep their positions as of December 1 in Mare-Suran-Harjalah line where they are fighting each other, the clashes between opposition groups, PYD/PKK and the Revolutionary Army are in progress in the area between Azaz and Afrin in the north of Aleppo and around Malikiyah and Kashtiar." The report further added that the PYD/PKK militants received heavy air support from Russian planes and helicopters during their offensive against opposition groups to retake the seized territory of strategic importance, PYD/PKK members received arms/ammunition aid from the Russian planes on November 30 around 2 p.m.

According to local sources, a Russian helicopter carrying weapons and ammunation landed in a PYD training camp located in northern part of Azez on November 30. The weapons were then transferred to PYD storages around the region.

The report also claimed that the Assad regime is allegedly purchasing oil from Daesh as Russia helps facilitating the transactions.
According to the report, a Russian firm has been making a significant financial gain and helping the Assad regime, whom has been dealing with problems in finding oil supply recently.

"The Assad regime and Russia are strengthening Daesh by purchasing oil produced by the militant group, and by this way securing Russian military's presence in Syria as the country has long been claiming it is there to defeat Daesh militants." the report said.
Last Update: Dec 07, 2015 12:04 am
RELATED TOPICS