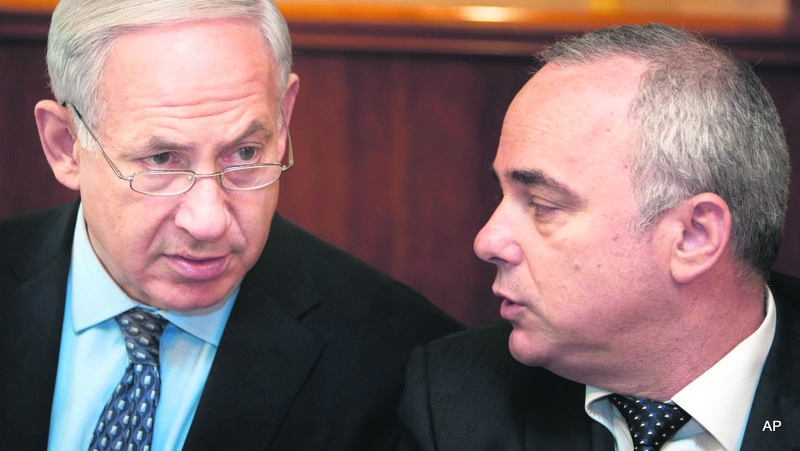 After the rift with Egypt over gas supply, Israel started eyeing better relations with Jordan and launched projects worth billions of dollars despite Amman's hesitation due to domestic balances and disputes over the Al-Aqsa Mosque compound

Egypt has been a major gas exporter to Israel, but has suffered from insecurity and instability since Abdel-Fattah el-Sissi became president by overthrowing Egypt's first democratically elected president, Mohammed Morsi and taking over power. The pipeline between Israel and Egypt has been attacked dozens of times by DAESH-linked extremists in the Sinai and has been put out of commission.

Meanwhile, the crisis between the countries has worsened. As Haaretz daily reported on Sunday, "Cairo ordered two state-owned companies to freeze talks on importing Israeli gas and would issue no import permits after international arbitrators ordered the companies to pay $1.76 billion compensation to the Israel Electric Corporation for halting gas supplies three years ago."

However, Israeli Energy Minister, Yuval Steinitz, said on Wednesday that "Israel is unlikely to pass up on the near $1.8 billion awarded to it in compensation for Egypt halting a natural gas supply contract in 2012, even though the two countries both want a way out of the dispute." In response to a question from Israeli broadcaster Army Radio on whether Israel might forgo the money, Steinitz said it would not, and added: "But I think that we will sit with the Egyptians and there will be a dialogue, and we will think together how to move forward. Exporting Israeli gas to regional countries like Egypt, Turkey, Greece, Jordan and the Palestinian Authority has a diplomatic value."

Since relations with Egypt over the energy issue have deteriorated, Israel wants to better its relations with Jordan, despite the rift over the Al-Aqsa Mosque compound. Israeli Prime Minister, Benjamin Netanyahu, told the Knesset Economic Affairs Committee on Tuesday: "Supplying gas to [Israel's neighbors] adds another layer of stability that is in our interest, even when it's in their interest. This is of particular importance to us in light of the commerce of extremist groups." Israel is eager to take action to launch several projects worth billions of dollars. A gas pipeline, a joint industrial park and a canal linking two seas are the main projects.

However, a statement from Jordan showed that it is not as eager as Israel. Jordanian Energy Minister Ibrahim Saif said: "There are currently no negotiations or projects related to importing gas from Israel to Jordan; everything is frozen at the stage of the letter of intent signed by Jordan and Noble Energy." The clashes in Jerusalem and the fact that Jordan's population is predominantly Palestinian in origin might make the deal harder to conclude, as recent demonstrations organized in Amman object that gas imports from Israel will mean full occupation. "The Israeli government would earn more than $8 billion by selling 15 billion cubic meters of gas to Jordan – the volume mentioned in the letter of intent – money, which in the demonstrators' view, would be used to 'strengthen the Israeli army and finance the occupation,' " Haaretz reported yesterday. Amid the crises and wars in the region, the two countries seem to need each other to continue stabilization at home, but the Israeli aggression on Palestine is still the main obstacle.

The two countries do, however, continue trade with each other. Bloomberg reported: "Jordanian exports to Israel surged to $378.1 million in 2014 from $105.9 million in 2008, while Israeli exports to Jordan fell to $107.8 million from $288.5 million, according to Israel's Central Bureau of Statistics. Israeli exports fell primarily because the U.S. lowered trade tariffs on Jordanian exports, lessening Jordan's need to produce goods with Israeli components at free-trade zones it set up after the countries made peace in 1994, according to the Israel Export & International Cooperation Institute."
Last Update: Dec 10, 2015 11:12 am
RELATED TOPICS