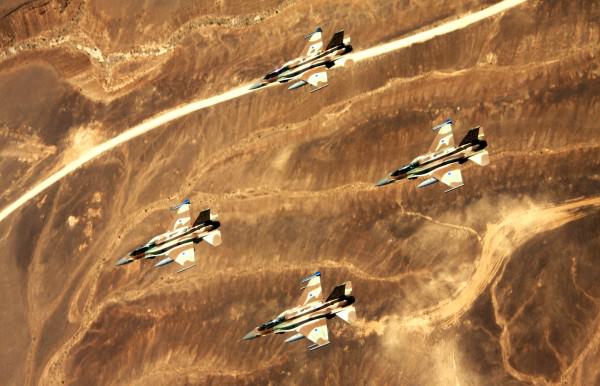 by Anadolu Agency Dec 14, 2015 12:00 am
Israeli warplanes struck Hamas positions in the Gaza Strip late Sunday night in response to rockets fired from the blockaded territory, according to an Israeli military spokesman.

Lerner had earlier tweeted that a rocket fired from the Gaza Strip had landed in southern Israel without causing casualties.

Although Israeli officials concede that Hamas is not responsible for firing the rockets, Israel nevertheless holds the group responsible for all rocket fire emanating from the Gaza Strip and routinely retaliates by striking alleged Hamas positions.

In October, an Israeli airstrike on an alleged Hamas weapons factory killed a Palestinian woman and her child when their nearby home collapsed from the impact.

In a recent upsurge of violence, more than 120 Palestinians have been killed by Israeli forces since Oct. 1, 19 of whom were killed in the Gaza Strip, which continues to groan under a years-long embargo imposed by Israel and Egypt.
Last Update: Dec 14, 2015 5:02 pm
RELATED TOPICS