Iran seizes women's cars for 'not properly covering their head' 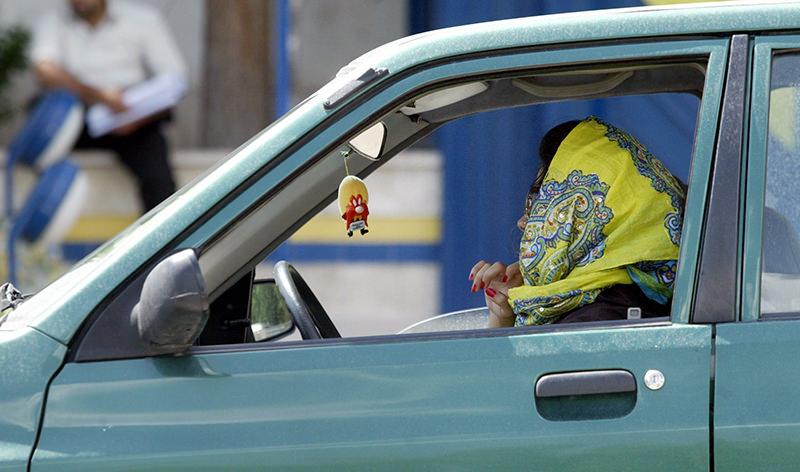 A file picture taken on April 22, 2007 shows an Iranian woman driving her car in the capital Tehran (AFP Photo)
by Dec 15, 2015 12:00 am
Iran has impounded tens of thousands of cars since March because women inside the vehicles had not properly covered their hair with a headscarf, Tehran's traffic police said Tuesday.

"Over the past eight months, more than 40,000 cases of bad hijab (headscarf) have been dealt with," said Brigadier General Teymour Hosseini, quoted by ISNA news agency.

"In most cases, the cars were impounded and cases were referred to the judiciary," he said, while some of the women stopped could face cash fines or warnings.

Police warned in November that women who fail to cover their head, the mandatory Islamic dress code in Iran, while driving would have their cars impounded for a week.

The measure is part of a wider traffic police crackdown that could also see male drivers targeted.

When in public, all women in the Islamic republic, including foreigners, are required to wear at least a loose scarf covering the hair and neck.
Since the mid-1990s, however, there has been an easing in the dress code.

Many women wear stylish and colourful coats and headscarves and often tight trousers instead of the traditional one-piece, head-to-toe black "chador".

Police patrols have kept up campaigns to enforce the law and authorities also use a network of "trustees" who inform on violations.

Other violations while driving -- not limited to women -- include carrying dogs, playing loud music, tinted glass on windows and "harassing girls on the streets", Hosseini said.

"I hear that young people from the generation of wealth, a generation intoxicated by their money, are driving luxury cars and parading in the streets, making the streets insecure," he said, quoted on his website.

In September, a Tehran court fined two women $260 for violating the dress code by not wearing their hijabs properly on the street.
Last Update: Dec 15, 2015 2:10 pm
RELATED TOPICS