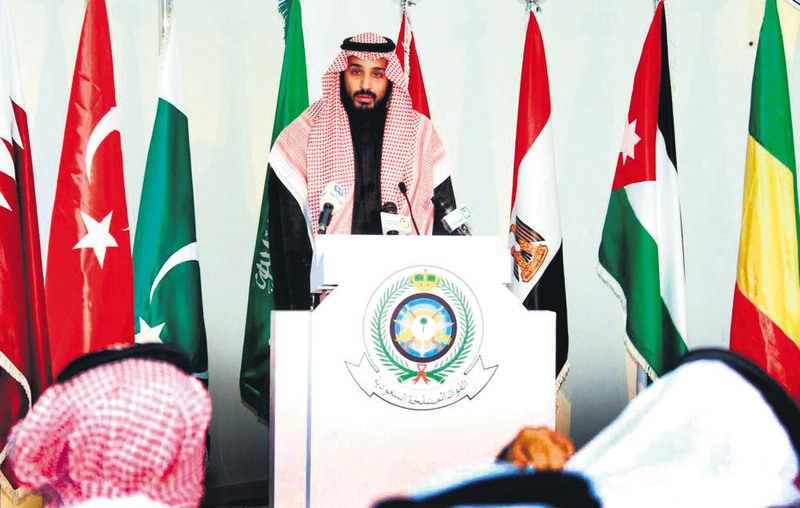 An alliance to combat terrorism, which is led by Saudi Arabia and composed of predominantly Muslim states including Turkey, was announced on Tuesday. Its details, however, still remain a mystery with the Turkish Foreign Ministry declining to comment due to lack of information

Curiosity about the details of the formation of a 34-state Islamic military coalition to combat terrorism abounds since Saudi Arabia announced it on Tuesday. State-run Saudi Press Agency (SPA) published a long list of Arab countries together with predominantly Muslim countries Turkey, Malaysia, Pakistan as well as African states and said that these countries have decided on the formation of a military alliance led by Saudi Arabia to fight terrorism with a joint operations center based in Riyadh to coordinate and support military operations. Further details of the Saudi-led alliance and scope of the operation, however, still remain unclear.

Sources from the Turkish Foreign Ministry declined to comment on the issue on Wednesday since they do not have enough information about the details of the agreement themselves.

According to the SPA announcement, the Islamic military alliance has "a duty to protect the Islamic nation from the evils of all terrorist groups and organizations whatever their sect and name, which wreak death and corruption on earth and aim to terrorize the innocent." Questions were also raised about the military alliance's broad range of responsibilities. Commenting on the issue, the deputy coordinator of the Ankara-based Foundation for Political Economic and Social Research (SETA), Professor Muhittin Ataman, said Saudi Arabia's defensive reaction that occurred after the Arab Spring is the main reason behind the Saudi-led military alliance, and that it is very difficult to comment on the details of the alliance since there is not enough information. "There is a risk of new states emerging by the division of the current states in the Middle East, and in this regard Saudi Arabia looks to be one of the riskiest. So if we look at this military alliance from this perspective we can assume this alliance as a defensive reaction by the Saudis," Ataman said. "I think that, Saudis are trying to minimize the impact of international actors in the region by establishing this military alliance that gathers Muslim countries together," he added.

Ataman further said he believes that the creation of this alliance is in line with Ankara's foreign policies. "Regional actors in the Middle East will play more roles under this Islamic military alliance, and thus this Saudi-led coalition for the purpose of fighting terrorism will be supported by Muslim countries, even symbolically, and this is in line with Ankara's policies in the Middle East," he said.

On the other hand, Martin Jay, a Beirut-based Middle East reporter, said this military alliance may deepen sectarian divides between Shiite groups and Saudi Arabia. "If it ever gets off the ground and results in troops fighting DAESH in Syria it could be a game changer, but one has to question whether this will really happen or will it be used directly to attack [the Syrian] regime and its allies," he said.
Last Update: Dec 16, 2015 10:19 am
RELATED TOPICS