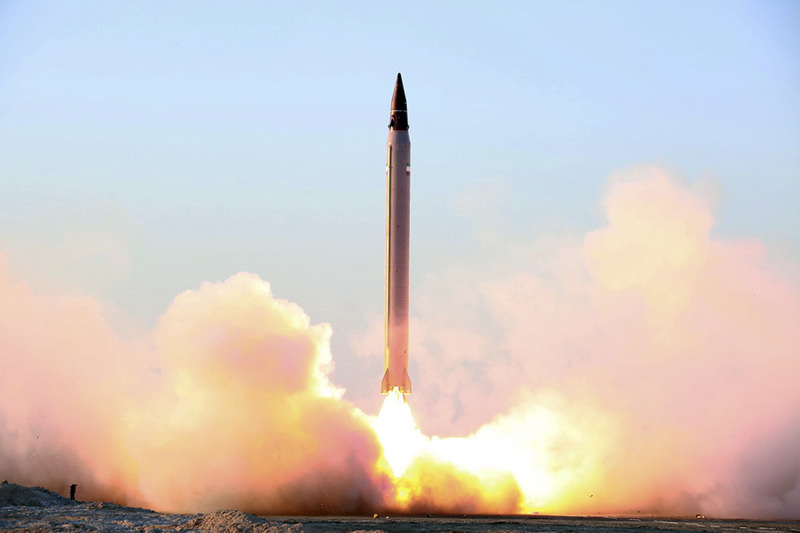 by Daily Sabah with AA Dec 16, 2015 12:00 am
Iran's recent test of a ballistic missile was in violation of a UN Security Council resolution prohibiting it from developing missiles capable of delivering nuclear warheads, the UN said Tuesday.

Spain's UN Ambassador Roman Oyarzun, who chairs the Iran Sanctions Committee, told the Security Council that the panel of experts on Iran concluded in a Dec. 11 report that the October launch of the medium-range Emad rocket violated Security Council resolution 1929.

The resolution, which was adopted in 2010, stipulates that Tehran cannot "undertake any activity related to ballistic missiles capable of delivering nuclear weapons, including launches using ballistic missile technology".

"We intend to keep working with council members so as to acknowledge and respond appropriately to this serious incident," she said, adding that there had been other similar violations by Iran recently. "We don't see how council members can cast doubt on these violations."

In Washington, the White House said President Barack Obama was prepared to enact new sanctions on Tehran if needed.

The missile test came after a July deal between world powers and Iran that provides Tehran with billions of dollars in sanctions relief in exchange for access to its nuclear program.
Last Update: Dec 16, 2015 1:06 am
RELATED TOPICS