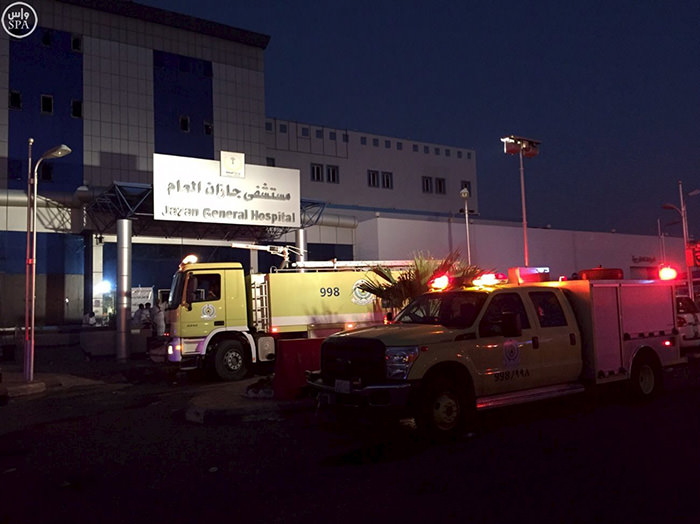 The blaze broke out at the intensive care unit and the maternity department of the Jazan General Hospital in southern Saudi Arabia, the agency announced on Twitter.

In its latest tweet, the civil defence announced that the "Jazan hospital accident is now over and investigation is underway to find out its reasons."
It said that 21 civil defence teams had assisted in putting out the blaze.

Alriyadh daily quoted a civil defence spokesman as saying that the agency was alerted of the fire at 2:00 am (2300 GMT).

In August, 10 people were killed and 259 wounded in a fire at a residential complex rented by oil giant Saudi Aramco in the kingdom's Eastern Province.

That fire was ignited by an electric short circuit in the underground parking where 130 cars were parked, the civil defence agency had said.
Last Update: Dec 24, 2015 9:30 am
RELATED TOPICS