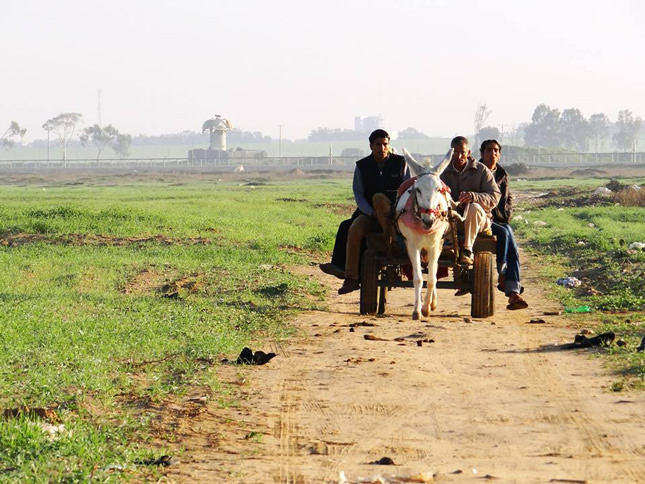 by Anadolu Agency Dec 25, 2015 12:00 am
The Palestinian Ministry of Agriculture in Gaza said that crops near the border with Israel were ruined after Israeli planes sprayed them with harmful chemicals.

Wael Thabit, a senior official at the ministry, told Anadolu Agency that Israeli planes sprayed pesticide along the eastern border of Gaza, especially in Deir al-Balah and Khan Yunis.

The harmful pesticides killed off crops, including beans, peas, wheat, barley and spinach, according to Thabit.

A Gazan farmer told Anadolu Agency on the condition of anonymity that Israeli planes have sprayed harmful pesticides for four straight days this week.

Gaza, which has been ruled by Palestinian resistance movement Hamas since 2007, lacks basic infrastructure and is subject to an Egyptian-Israeli blockade.

Since the 2013 coup against Mohamed Morsi, Egypt's first freely elected president, Egyptian authorities have kept the Rafah border crossing -- Gaza's only gate to the outside world that is not under Israeli control -- tightly sealed.