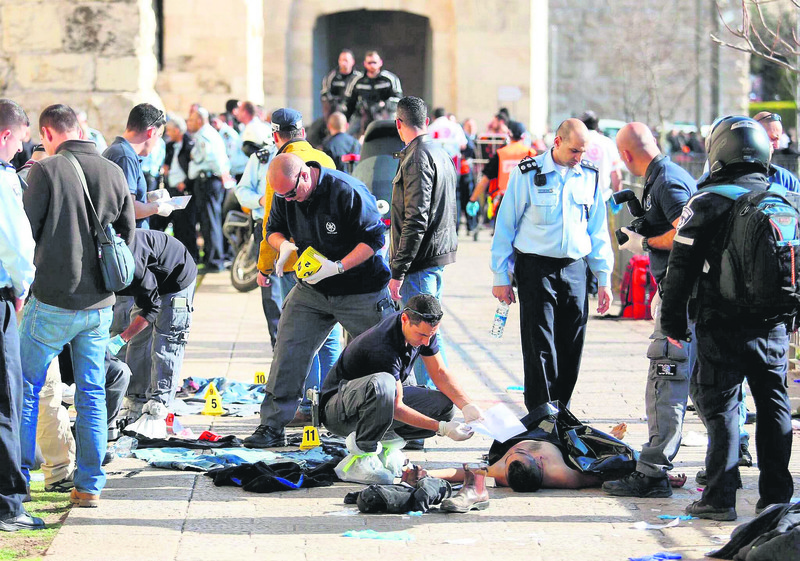 As a wave of violence in Israel, enters its third month, three Palestinians have been killed by Israeli forces after stabbing Jews. The tensions have put a damper on Christmas spirit in Bethlehem, which is considered the birthplace of Jesus

A Palestinian stabbed two security guards at an Israeli settlement while another tried to attack soldiers with a screwdriver in the West Bank on Thursday, with both assailants shot dead, authorities said. The first incident occurred at an entrance to an industrial zone at the Ariel settlement, the largest in the north of the occupied West Bank, while the other was near Hebron in the southern West Bank. They were the latest in a wave of attacks that began in October. Both of the victims in the first incident were left with moderate wounds, police said. Palestinian security sources said the attacker's body was with Israeli authorities and they were not yet able to identify him. No injuries among Israelis were reported in the second incident. "A Palestinian armed with a screwdriver approached a checkpoint near Hebron and attempted to stab security forces," the Israeli military said in a statement. "The forces responded to the imminent threat, thwarted the attack and shot the perpetrator, resulting in his death."

Tensions have been high in Hebron, where several hundred Israeli settlers live under heavy military guard among about 200,000 Palestinians. While such stabbings have become less frequent in recent weeks, they have continued despite increased Israeli security measures.

On Wednesday at the main tourist entrance to Jerusalem's Old City, an Israeli was stabbed to death and another killed, seemingly by a stray police bullet as officers shot dead the two Palestinian assailants.

A third Israeli was wounded in the stabbing. The attack at the Old City's Jaffa Gate came at a time of increased visits to the Holy Land for the Christmas season. A wave of violence since the start of October has claimed the lives of 127 on the Palestinian side, 19 Israelis, an American and an Eritrean. Many of the Palestinians killed have been attackers while others have been shot dead by Israeli security forces during clashes. A number of them have attempted attacks with kitchen knives in what some analysts have described as virtual suicide missions. Palestinians have grown frustrated with Israel's occupation, the complete lack of progress in peace efforts and their own fractured leadership.

Almost daily stabbings, shootings and car-rammings by Palestinians have killed 20 Israelis and a U.S. citizen since October. Israeli forces or armed civilians have killed at least 122 Palestinians, 74 of whom authorities described as assailants, while others died in clashes with security forces.

Amid the escalated tensions Christian faithful from around the world are descending on the biblical city of Bethlehem for Christmas Eve celebrations at the traditional birthplace of Jesus. The mood in Bethlehem has been dampened by a three month-long wave of Israeli-Palestinian violence that shows no signs of relenting. Marching bands and scout troops played festive music as hundreds of people began crowding into Manger Square on Thursday, admiring the town's Christmas tree. Latin Patriarch Fouad Twal led a procession from his Jerusalem headquarters into Bethlehem, passing through Israel's concrete separation barrier, which surrounds much of the town. Israel built the barrier a decade ago to stop a wave of suicide bombings. Palestinians view the structure as a land grab that has stifled Bethlehem's economy.
RELATED TOPICS