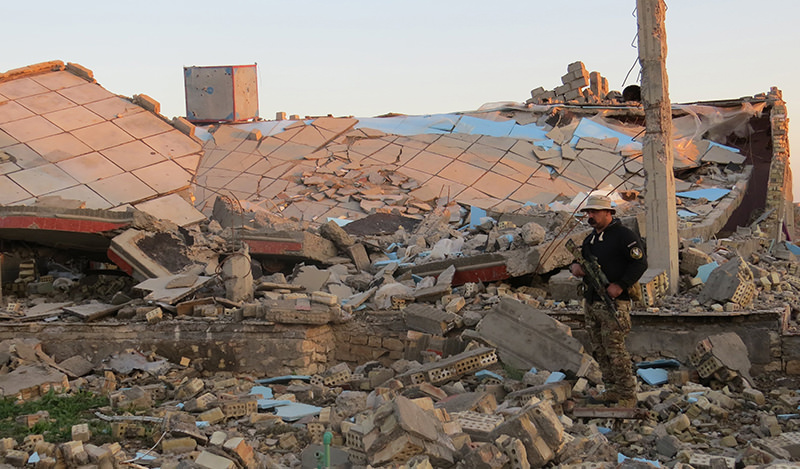 A member of the Iraqi security forces stands in the rubble of destroyed buildings in the rural Husayba al-Sharkiya area, east of Anbar province's capital Ramadi (AFP Photo)
by Associated Press Jan 01, 2016 12:00 am
The United Nations says violence has claimed the lives of 980 Iraqis in December, up from 888 the previous month.

The U.N. Assistance Mission for Iraq, known as UNAMI, said in a statement Friday that 506 of those killed in December were civilians, while the rest were security forces, including Kurdish peshmerga and paramilitary troops.

It says the worst-affected province was Baghdad with 261 killed, followed by Ninevah province with 68.

Citing its local health authorities, the U.N. says 124 civilians were killed in Anbar province, which has large areas under Daesh control. The U.N says it could not fully verify the Anbar figures due to the increased volatility of the situation on the ground and the disruption of services.