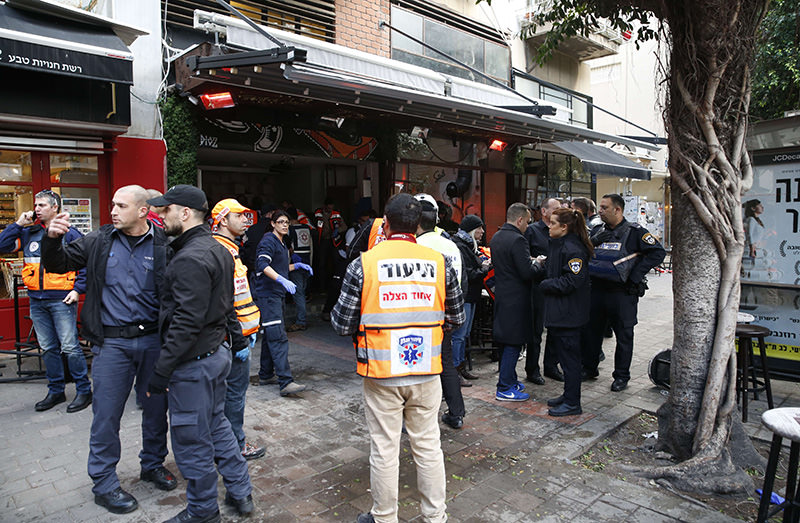 |AFP Photo
by Anadolu Agency Jan 01, 2016 12:00 am
Two people were killed Friday in a shooting incident near a pub in central Tel Aviv, Israeli police said.

According to Haaretz newspaper, five others were injured in the attack, two of them seriously. Medics said they had taken nine people to hospitals in Tel Aviv, with police saying two of them had been pronounced dead.

An AFP reporter said patrons at the pub and cafe had been targeted, and that the sidewalk was strewn with chairs and broken glass as police forensic officers examined the scene.

Luba al-Semari, an Israeli police spokeswoman, said in a statement that the unidentified attacker fled the scene after the incident.