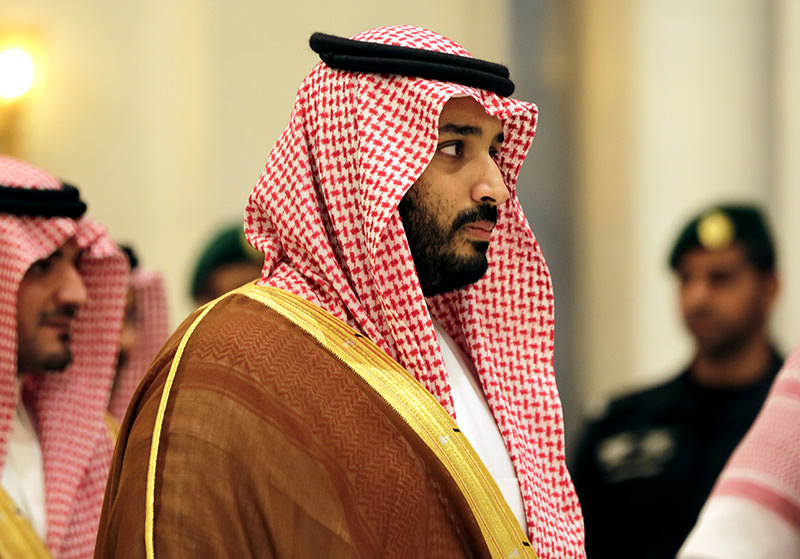 Deputy Crown Prince Mohammed threw back the fears of whether a direct war was imminent after the execution of a prominent Shiite figure following accusations of aims to overthrow the Saudi kingdom, which has ramped up tensions between Riyadh and Tehran

The execution of Sheikh Nimr al-Nimr on Saturday along with 46 others, including three other Shiite dissidents and dozens of al-Qaida members, has revealed the perilous tensions between Riyadh and Tehran – who are considered to be locked in a proxy war in Yemen, Iraq and Syria. The escalated tensions increased fears of whether the two countries may fight each other directly as officials from both sides have made harsh statements. However, Deputy Crown Prince Mohammed bin Salman, who is also defense minister, reassured the world on Thursday the crisis would stop short of an all-out war between the Gulf region's main powers.

A war between Saudi Arabia and Iran is the beginning of a major catastrophe in the region, and it will reflect very strongly on the rest of the world. For sure we will not allow any such thing," he told the Economist.

The night after a Saudi executioner put Shiite Muslim cleric Nimr al-Nimr to death in a high-security prison, Iranian protesters stormed Riyadh's Tehran embassy and Mashhad consulate. Riyadh responded by cutting off diplomatic ties. "I do not think this would have happened under King Abdullah. Either the executions or the cutting of relations," said a Saudi political analyst, who spoke on condition of anonymity in an absolute monarchy where publicly questioning rulers' decisions is taboo. "I personally wish they had only withdrawn the ambassador. It makes it less difficult to change later," the analyst said of the decision to cut diplomatic ties.

Salman, the sixth brother to rule as king since 1953, has set in motion the first transfer of power to a new generation for six decades, appointing his nephew Mohammed bin Nayef as crown prince and his own son Mohammed bin Salman as deputy.

Saudis say the rupture with Iran is the latest evidence that the new rulers are less hesitant to act than their predecessors. Sources close to the Riyadh authorities say the storming of the diplomatic buildings in Iran came as a surprise, even though such attacks are hardly unprecedented: the British embassy in Tehran was torched in 2011 and one Saudi diplomat was killed in a similar attack in 1988. Nevertheless, one well-connected Saudi said that while he did not believe the Saudi rulers expected the embassy attack, they would have been willing to risk Iranian reprisals to carry out an execution they believed was fully justified. "The mood with the government is to push back against Iranian encroachment. So if Iran tries to intervene in a domestic matter, it's complete anathema," the Saudi said. He added that Iranian threats may even have made Riyadh more determined to go ahead with Nimr's execution. "It's a Saudi citizen convicted of crimes in Saudi Arabia. They think 'we will not take international, and especially Iranian, opinion into consideration.'"

The Middle East, which has been an area of sectarian conflict since the early years of Islam, yet remained relatively calm under the rule of the Ottoman Empire, has been dragged into a new sectarian wave as anachronistic disputes have been triggered by regional powers with the intention of expanding their influence. Iran and Saudi Arabia, which has a centralized Shia version of Islam and the strict religious jurisprudence of Salafi-Wahhabist thought for its policies, respectively, have entered into a competition over the region by applying sectarian policies from which the people of the region suffer. Being far from the mainstream Islamic understanding that is in effect from Indonesia to Senegal, the two countries have been following expansionist policies. Iran has adopted the policy of leading and uniting the Shiite communities in different Arab countries, including Iraq and Yemen, following the revolution in 1979, whereas Saudi Arabia aims to expand Wahhabi Islam, an offshoot Sunni sect, through aiding Wahhabi communities in several countries, as the strict version of Islam rejects the accuracy of any other Islamic interpretation.
RELATED TOPICS