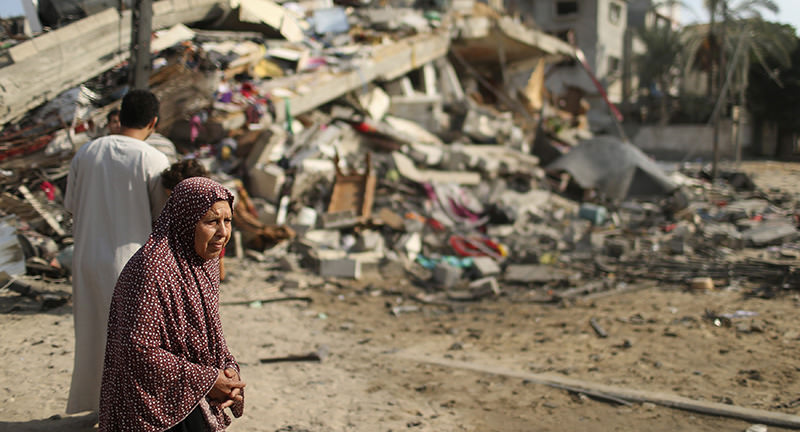 A Palestinian woman stands next to the remains of a house, which witnesses said was destroyed in an Israeli air strike, in Gaza City August 23, 2014 (Reuters Photo)
by Anadolu Agency Jan 14, 2016 12:00 am
The Palestinian government called on the international community to follow Sweden's "brave" lead after it called for an investigation into the deaths of Palestinians killed by the Israeli military in recent months.

Swedish Foreign Minister Margot Wallstrom said Thursday an investigation should be launched to see whether Israel has been conducting extrajudicial executions.

Meanwhile, Israel's foreign ministry slammed what it called the "irresponsible and delusional" statement by Wallstom, claiming that the comments serve and encourage violence and terrorism.

According to the Palestinian health ministry, 159 Palestinians have killed by Israeli forces since October, including 29 minors and seven women