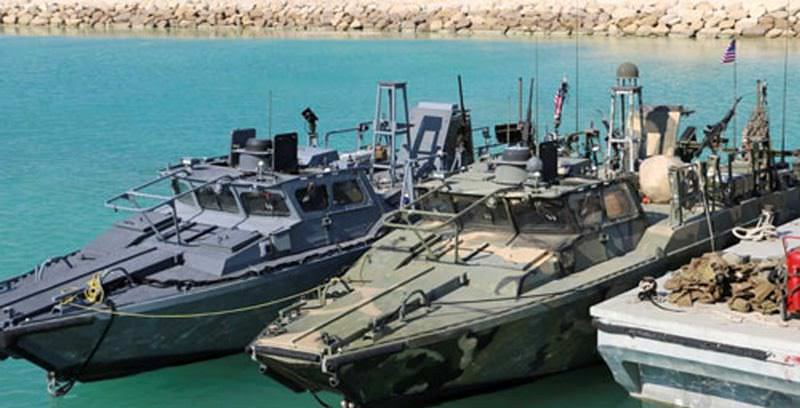 U.S. Secretary of State John Kerry held five phone conversations with Iranian Foreign Minister Javad Zarif to secure the release of 10 U.S. sailors. Although there was no official apology, a video showed that one of the sailors was apologizing from Iran

Iran's detention of 10 U.S. sailors on Tuesday set off a furious round of meetings in both Washington and Tehran. Anxious officials in both capitals had the same goal: to ensure the incident did not torpedo a historic nuclear accord between two countries with a long history of hostility. In the end it came down to a series of telephone calls between U.S. Secretary of State John Kerry and his Iranian counterpart, Mohammad Javad Zarif, who had forged a close bond during months of tense negotiations on Iran's nuclear program. As the Iranian and U.S. governments scrambled for details of the incident, the two men spoke at least five times by phone, U.S. and Iranian officials said. Iran's Supreme Leader, Ayatollah Ali Khamenei, ordered an immediate investigation to determine whether the U.S. sailors had deliberately sailed into Iranian waters, and ultimately had the final say in their release, Iranian officials said. High-level gatherings in Washington were mirrored in Tehran, where top security and government officials held at least three meetings. Iranian President Hassan Rouhani attended the sessions, one Iranian official told Reuters. "Of course, there were tense moments and ... various views over handling the case," a second Iranian official said.

The drama in the Gulf, which the U.S. government had initially hoped to keep under wraps, became public knowledge just hours before President Barack Obama was due to give his annual State of the Union address in Congress. Kerry learned of the detention of the sailors in their two small craft at 12:30 p.m. EST (1730 GMT), as he and Defense Secretary Ash Carter met with their Filipino counterparts on the State Department's eighth floor. Kerry almost immediately excused himself and went to his seventh floor office. As it happened, he already had a call scheduled with Zarif at about 12.45 EST. Appealing for the sailors' quick release, Kerry told Zarif: "We can make this into what will be a good story for both of us," according to a senior State Department official. He repeated that message in follow-up calls, the official said. "There were some concerns, including political and military consequences of the issue, and the government officials were also worried about its affect on the nuclear deal and its implementation," one of the Iranian officials said. Supreme Leader Khamenei "underlined the importance of showing Islamic clemency and good behavior to the detained soldiers, especially to the female sailor," the second official said. "After making sure there were no evil intentions from the sailors' side, Leader Khamenei gave the green light for the release of sailors," the official said.

It fell through to Kerry and Zarif to do the diplomatic heavy lifting. Over months of negotiations and close contact, Kerry has developed a close working relationship with Zarif, a fluent English speaker who earned his doctorate at the University of Denver. They address each other by first names, John and Javad. Kerry has credited Zarif with helping bridge the deep mistrust between the U.S. and Iranian governments after decades of estrangement and has remained in contact by phone with him in the months since the nuclear deal was negotiated. "One thing that I can say with confidence is that this channel between Secretary Kerry and ... their foreign minister was very important in resolving this in a timely fashion," White House chief of staff Denis McDonough told reporters. In an account that aligns with that from Iranian officials, the senior State Department official said Kerry spoke with Zarif by phone at 1 p.m., 2 p.m., 3:15 p.m. and 10:30 p.m. Washington time. The two had other, very brief phone chats as well, he said. Kerry, a former Navy officer, pressed Zarif on the need for Iran to release the Iranians "safely and unharmed and as quickly as possible," the senior State Department official said. "At the front of mind for everybody, including I would suspect on the Iranian side, was the concern ... that there would be risk of escalation and the spillover of this issue into other issues, including no doubt the nuclear situation," the official said. The nuclear deal and U.S.-Iran ties, such as they are, already had been rattled by other incidents in recent months.

The breakthrough call between Zarif and Kerry came around 3:15 pm. "At that point," the senior State Department official said, "Foreign Minister Zarif said to the secretary that he had indications from the people who were holding our sailors that they would be free to go at dawn, that it was probably not safe for them to transit during the course of the night in dark."

Vice President Joe Biden, speaking later to "CBS This Morning," said the U.S. government had not issued an apology. "There's nothing to apologize for," Biden said. "When you have a problem with the boat, you apologize the boat had a problem? No, and there was no looking for any apology. This was just standard nautical practice." Iranian TV ran video of one of the sailors apologizing for the intrusion into Iranian waters. "It was a mistake. That was our fault and we apologize for our mistake," the unidentified sailor is shown saying in English.

Meanwhile, the House approved Republican-backed legislation that amplifies Republican distrust of Tehran and would give Congress greater oversight of the landmark nuclear agreement. Lawmakers voted 191-106 Wednesday to approve the Iran Terror Finance Transparency Act, spurning a veto threat from President Barack Obama. However, the vote count fell well short of the number needed to override a veto: Speaker Paul Ryan, determined to keep the House on schedule, had the vote gaveled to a close even though 137 lawmakers hadn't voted.
RELATED TOPICS