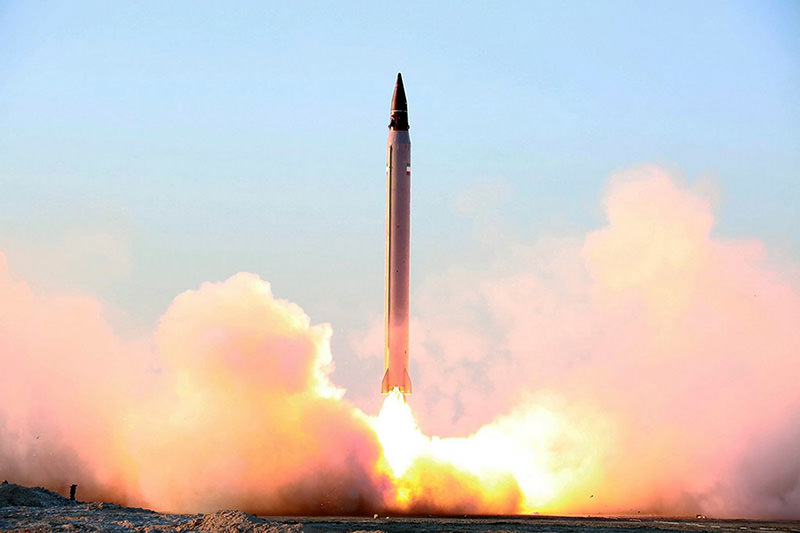 by Associated Press Jan 17, 2016 12:00 am
The United States on Sunday imposed sanctions against 11 individuals and entities involved in Iran's ballistic missile program as a result of Tehran's firing of a medium-range ballistic missile, a new punishment one day after the Obama administration lifted economic penalties against the Islamic Republic over its nuclear program.

The missile program "poses a significant threat to regional and global security, and it will continue to be subject to international sanctions," said Adam J. Szubin, the Department of the Treasury's acting undersecretary for terrorism and financial intelligence in a statement.

He said the U.S. has made it clear that it will "vigorously press sanctions against Iranian activities" outside the terms of the nuclear agreement. Szubin cited Iran's "support for terrorism, regional destabilization, human rights abuses, and ballistic missile program."

Also Sunday, Secretary of State John Kerry said in a statement that the U.S. and Iran had settled a dispute over $400 million in Iranian money dating back to before the 1979 Islamic Revolution and end of diplomatic ties. The Iranians also get $1.3 billion in interest. At issue was money used by Iran to buy military equipment from the U.S. before the break in ties between the countries.

U.N. experts said in a report in December that the missile test in October violated sanctions banning Iran from launches capable of delivering nuclear weapons. The U.S. also believes there was a November missile test.

U.S. officials have said the Department of the Treasury planned to announce the penalties in late December, but held off after Iran's foreign minister said they could have derailed the prisoner exchange that took place this weekend.
Last Update: Jan 17, 2016 6:34 pm
RELATED TOPICS