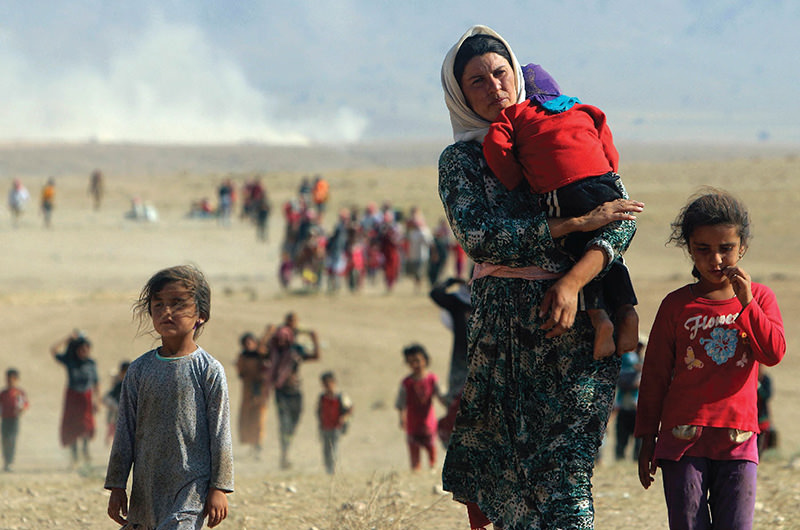 Displaced people from the minority Yazidi sect, fleeing violence from forces loyal to the Islamic State in Sinjar town (Reuters Photo)
by Jan 19, 2016 12:00 am
An estimated 3,500 people, mainly women and children, are believed to be held as slaves in Iraq by Daesh terrorists who impose a harsh rule marked by gruesome public executions, the United Nations said on Tuesday.

The militant group, which also controls large parts of neighbouring Syria, has committed widespread abuses that may "in some instances, amount to war crimes, crimes against humanity, and possibly genocide," the report said.

The U.N. Assistance Mission for Iraq and U.N. human rights office estimated that 3,500 people were "currently being held in slavery by ISIL [Daesh] numbers".

"Those being held are predominantly women and children and come primarily from the Yezidi community, but a number are also from other ethnic and religious minority communities," said the joint report issued in Geneva.