Kerry rejects Iranian criticism of Washington's use of economic sanctions 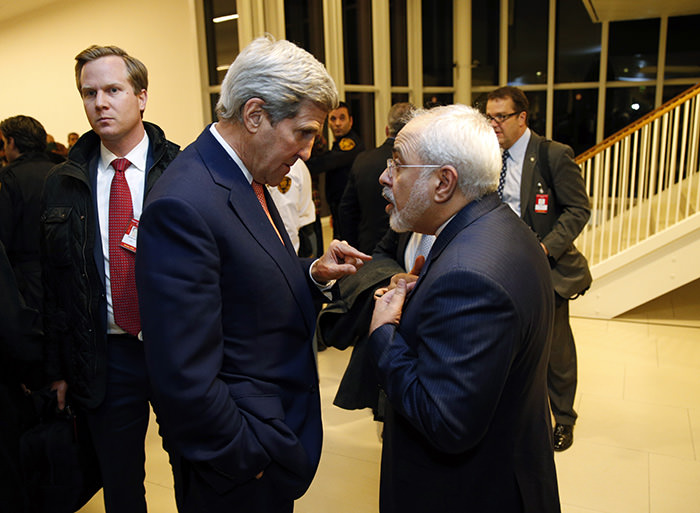 Kerry said U.S. penalties against Iran and other nations have been "used judiciously and effectively" and will continue to be used in the future.

"We have made it very clear that we use sanctions when we think they are appropriate in order to counter behavior that we believe has broken the law or has challenged the United Nations Security Council or threatened the United States and we stand by our sanctions," Kerry told reporters on the sidelines of the World Economic Forum.

"We think they have been used judiciously and effectively and we are looking to move on now to put to test the willingness of Iran and other countries in the region to try to reduce tensions and move in a different direction."

His comments came in response to a complaint lodged a day earlier by Iranian Foreign Minister Mohammad Javad Zarif who told The Associated Press in an interview that new U.S. sanctions over Iran's ballistic missile testing are "illegal" and an example of an American "addiction to coercion." The penalties were imposed Sunday, a day after the U.S. and other nations lifted sanctions over Iran's nuclear program.

"It shows that the United States has an addiction which has been very difficult for it to overcome," Zarif said. Washington, he said, suffers from an "addiction to pressure, addiction to coercion, addiction to sanctions."