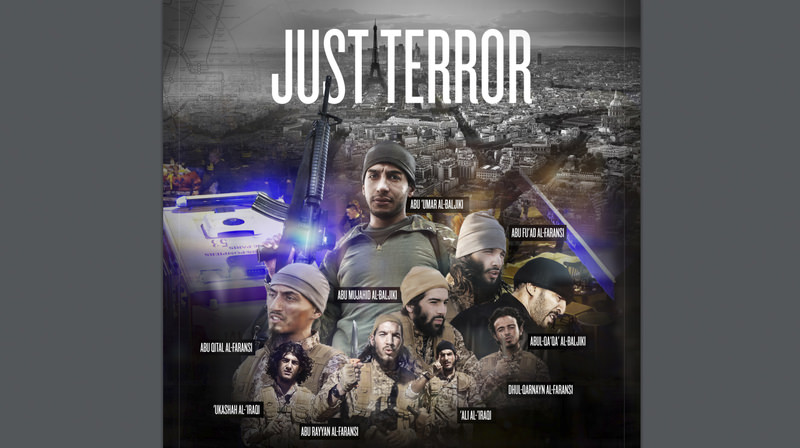 by Daily Sabah with Wires Jan 24, 2016 12:00 am
The Daesh terrorist organization released a video Sunday purporting to show nine militants behind the Paris attacks in November that killed 130 people, in which they threaten "coalition" countries including Britain.

The video posted on pro-Daesh websites and the group's official Telegram account is entitled "Kill wherever you find them", and shows four Belgians, three French citizens and two Iraqis claimed to be responsible for the attacks in camouflage fatigues in a desert location, before the time of terror attacks in Paris.

In the video Daesh militants, speaking in French and Arabic, say their "message is addressed to all the countries taking part in the (U.S.-led) coalition" that has been fighting Daesh in Syria and Iraq since September 2014.

The video also shows a picture of British Prime Minister David Cameron accompanied by the words in English: "Whoever stands in the ranks of our enemies will be a target for our swords."

The video, produced by Daesh's Al-Hayat Media Centre, describes the nine terrorists as "lions" who "brought France to its knees".

The footage shows images of the coordinated Paris attacks as well as security operations by French special forces during the onslaught.

It also depicts the nine terrorists carrying out atrocities, including beheading and shooting people described as hostages.

The French Foreign Ministry declined to comment on it. There was no immediate comment from the Prime Minister's office, and the officials at the Interior Ministry could not be reached immediately.
Last Update: Jan 25, 2016 3:40 pm
RELATED TOPICS