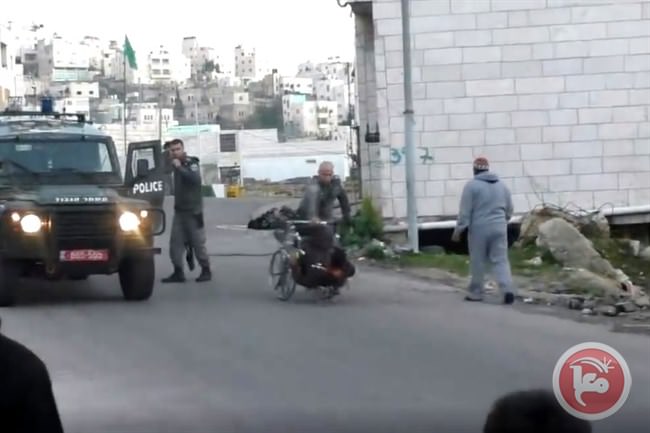 An online video of a disabled Palestinian man being tipped out of his wheelchair by an Israeli police officer in the occupied West Bank city of Hebron (Al-Khalil) has provoked outrage on social media.

The footage, posted online Sunday by the Palestinian Shehab News Agency, appears to show the soldier overturning the man's wheelchair as other soldiers warded away onlookers who had gathered in the area after a Palestinian girl was shot by Israeli troops.

After several people try to come to the disabled man's aid, one of the soldiers sets off a stun grenade to disperse the crowd.

As of Monday afternoon, the video had been watched more than 370,000 times.

According to a report in the Times of Israel, the Israeli Justice Ministry is investigating the incident.
Last Update: Feb 15, 2016 5:31 pm
RELATED TOPICS