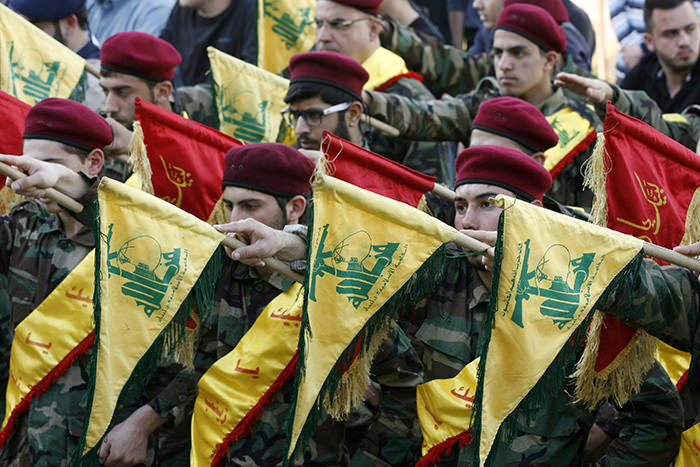 Gulf monarchies on Wednesday declared Lebanon's Hezbollah a "terrorist" group, in the latest regional move against the Shiite organization fighting in support of Syria's regime.

The six-member Gulf Cooperation Council took the action against Hezbollah members because of "hostile actions of the militia who recruit the young people (of the Gulf) for terrorist acts," GCC Secretary General Abdullatif al-Zayani said in a statement.

"[Hezbollah fighters] smuggle weapons and explosives, sow sedition, and instigate chaos and violence in a blatant violation of the sovereignty, security and stability [of GCC member states]," the statement added.

Saudi Arabia, Bahrain and the United Arab Emirates on Feb. 23 urged their citizens not to travel to Lebanon.

Saudi's call came few days after the Kingdom announced their cut of $4 billion in aid to Lebanese army.

Meanwhile, Bahrain, Qatar, and Kuwait also urged their citizens not travel to Lebanon and leave the country if they are already there.

The row between Iran and Saudi Arabia has escalated the tensions between Riyadh and Lebanon's Iran-backed Hezbollah.

Hezbollah fighters have also been fighting in Syria in support of Bashar Assad regime forces.

Relations between Shiite Iran and Saudi Arabia came close to military confrontation when Saudi Shiite cleric Nimr al-Nimr, along with three other Shiites and 43 members of al-Qaida were executed on terrorism charges.

Iranian protesters attacked Saudi diplomatic missions in the country, leading the kingdom to cut off ties.