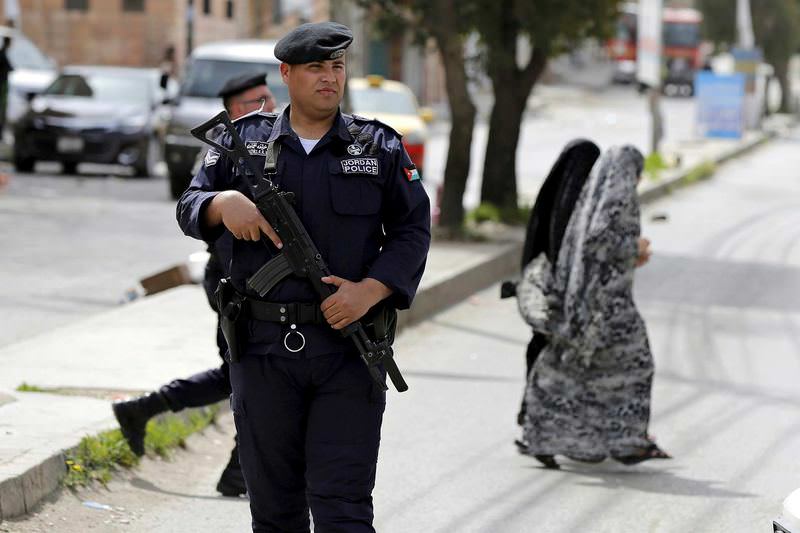 Jordan's security services said on Wednesday they had thwarted a plot by DAESH militants to blow up civilian and military targets, in one of the U.S. ally's largest sweeps in years against hardline sleeper cells. The security services located the militants, who were carrying suicide belts, in a hideout in the northern city of Irbid near the Syrian border, they said in a statement carried by the state news agency Petra. Seven militants were killed in clashes that began on Tuesday night and lasted till dawn and one police officer was also killed, the statement said. The security services seized automatic weapons, munitions and explosives from the group. "After diligent and detailed intelligence gathering the intelligence department was able soon to thwart a criminal and destructive plot linked by the terrorist DAESH group aimed at destabilizing national security," the statement said.

Two security sources said dozens of special forces had been involved in the operation and that the militants had been holed up near a Palestinian refugee camp in the centre of Irbid. The militants who refused to hand themselves over engaged in heavy exchange of gunfire with special forces in the clashes that also injured five policemen, the security services' statement said. "They showed heavy resistance with automatic weapons and so the security forces dealt with the situation with the necessary force," it said.

Jordanian Prime Minister Abdullah Ensour told lawmakers that the security operation had fully achieved its goals, saying the "terrorist group" had forged organizational ties with DAESH militants in an attempt to destabilize the kingdom. Jordan has tried and sentenced dozens of people, mostly Jordanians returning from Syria. Some of them were recruited by Syria's al-Qaida offshoot Nusra Front or by DAESH. Intensifying its crackdown on followers of radical groups since last year, Jordan has also arrested dozens of sympathizers who show support for such groups on social media. Jordan's King Abdullah, a U.S. ally who has safeguarded his country's peace treaty with Israel, has been among the most vocal leaders in the region to express alarm about the threat from DAESH, which has taken territory in Syria and Iraq. Jordan's military has also conducted sorties against DAESH hideouts in Syria.

Hundreds of thousands of Syrians have meanwhile fled across the border and are now living in Jordan, some in refugee camps. Jordan has long been vigilant about the risk of militant attacks. During the U.S. occupation of neighboring Iraq, Jordan suffered bombings of Amman hotels by al-Qaida-linked militants.