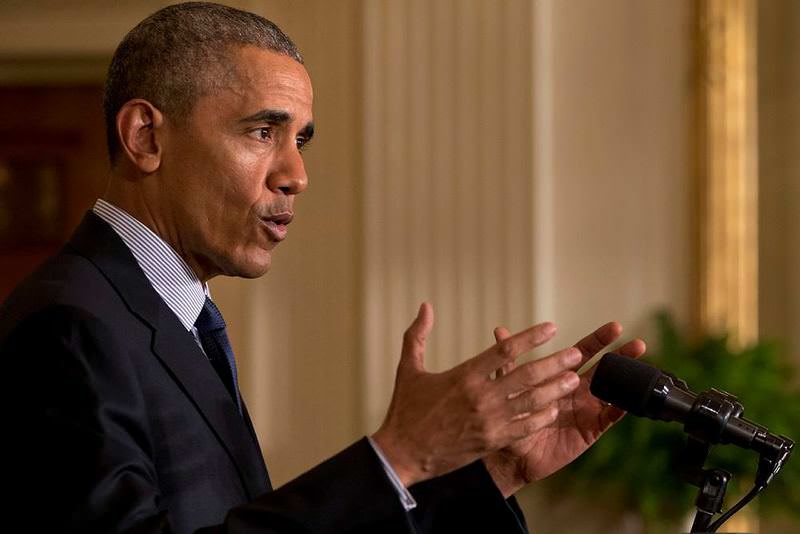 US President Barack Obama said in remarks aired Tuesday that he expects conditions for Iraqi and Kurdish Peshmerga forces to oust Daesh terrorist organization from its Iraqi stronghold will be created by year's end.

"My expectation is that by the end of the year, we will have created the conditions whereby Mosul will eventually fall," Obama said during an interview with CBS News.

He did not, however, say when the city would be freed from Daesh. That task will likely be a drawn out fight where Iraqi forces will be forced to proceed slowly and carefully through the city's urban sprawl where Daesh has dug in for the past two years.

Asked about Obama's comments, White House spokesman Josh Earnest said, "What the president was trying to make the case for is to set expectations that we're hopeful that the conditions could be created where Mosul could fall this year."

Iraq's second city was overrun by Daesh terrorists in June 2014 and has become the largest city it has seized to date.

The U.S. is sending 200 additional troops and, for the first time, Apache attack helicopters, to help Iraqi forces retake Mosul from the militant group, according to Pentagon chief Ash Carter.

U.S. troops will also be allowed to get closer to the frontlines, embedded within Iraqi battalion headquarters rather than brigade or division headquarters, which are usually further from the fighting.

Apaches, meanwhile, will be able to provide vital close air support that will be key in helping Iraqi forces dislodge Daesh. And the Pentagon will also provide $415 million to Kurdish peshmerga fighters who have been pivotal to the effort in northern Iraq.

The effort to oust Daesh from Mosul "is significant because Mosul is one of the two areas where ISIL has concentrated their fighters and concentrated a bunch of their organization in a way that allows them to project some power and violence that poses a longer-term threat and a broader threat to the United States and our interests around the globe," Earnest said.