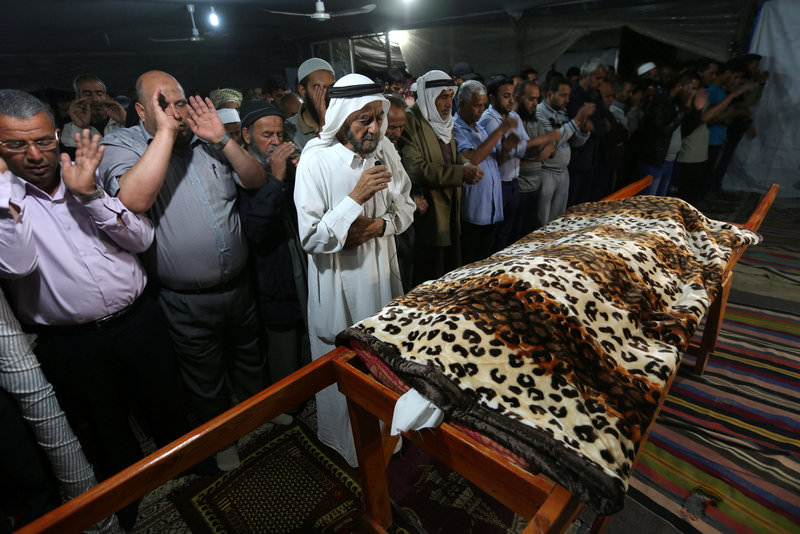 The Palestinian Ministry of Health in Gaza reported Thursday that a woman was killed in the second day of Israeli airstrike, the worst clashes between the army and Hamas since the devastating 2014 war.

"Zina al-Amour, 55, was killed when Israeli airplanes struck the Al-Foukahre area in the eastern Khan Younes city in the Gaza strip," the Ministry of Health said in a statement

"Al-Amour was instantly killed after she was hit by fragments from a missile fired by an Israeli aircraft," it said.

The Israeli army, for its part, said that warplanes targeted four Hamas military posts in the southern Gaza Strip in response to the ongoing attacks against Israeli forces.

On Wednesday, clashes erupted between the Israeli army and Palestinians on the Israel-Gaza borders.

Earlier in the day, the Israeli army said that a mortar projectile was shot at military forces that were located near its borders in southern Gaza Strip.

The flare-up has raised concerns over the fate of a ceasefire between Israel and Hamas. In July and August of 2014, Israel waged a weeks-long military offensive against the Gaza Strip with the ostensible aim of staunching rocket fire from the coastal enclave.