US general: DAESH losing terrain in Iraq 'every single day' 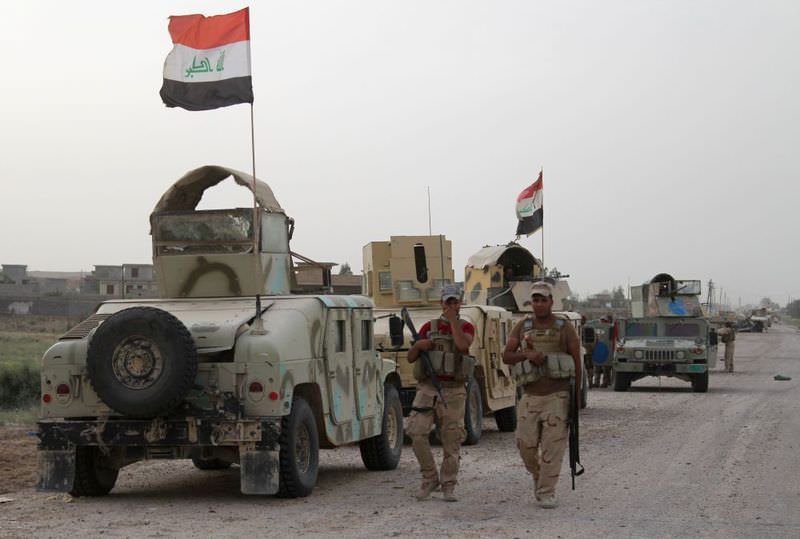 by May 13, 2016 12:00 am
DAESH is losing ground in Iraq, struggling to replenish its ranks after it is attacked and is increasingly unable to mount major operations, a United States general said Wednesday.

Baghdad-based U.S. Maj. Gen. Gary Volesky said efforts are paying off for U.S.-backed Iraqi security forces, who are trying to recapture vast tracts of territory seized by DAESH in 2014, including the key cities of Mosul and Fallujah in the Anbar and Nineveh provinces.

The extremists' "ability to conduct large-scale offensive operations has primarily stopped," Volesky told Pentagon reporters in a video call. "They're more on the defensive, trying to delay Iraqi security forces just to buy time." He added that DAESH is "losing terrain every single day."

In August 2014, the U.S. launched an international coalition to fight back against DAESH after they captured large parts of Syria and Iraq. Much of the work is being conducted through U.S.-led airstrikes, although coalition trainers are also helping advise and equip Iraqi forces and moderate Syrian fighters. Volesky said at the start of the campaign, it was not unusual to see dozens of extremists attack at once, but that is less frequently the case now. "When we used to see, you know, 50, 60, 70 fighters, now what we're seeing is five to eight, maybe 15, with a VBIED [car bomb] associated," he said. "We're not seeing them generate these large operations. We expect it's about a two- to three-week cycle after they do an operation to be able just to try to generate enough combat power to maintain relevance, frankly."

Still, the extremists did mount a surprise attack on Wednesday as three car bombs in Baghdad, including a huge blast at a market in a Shiite area, killed at least 94 people. DAESH claimed all the attacks. A government spokesman said DAESH now only controls 14 percent of Iraq, down from 40 percent. Washington decided last fall to increase its military support for Iraqi forces to quicken the pace of the anti-DAESH campaign.
RELATED TOPICS