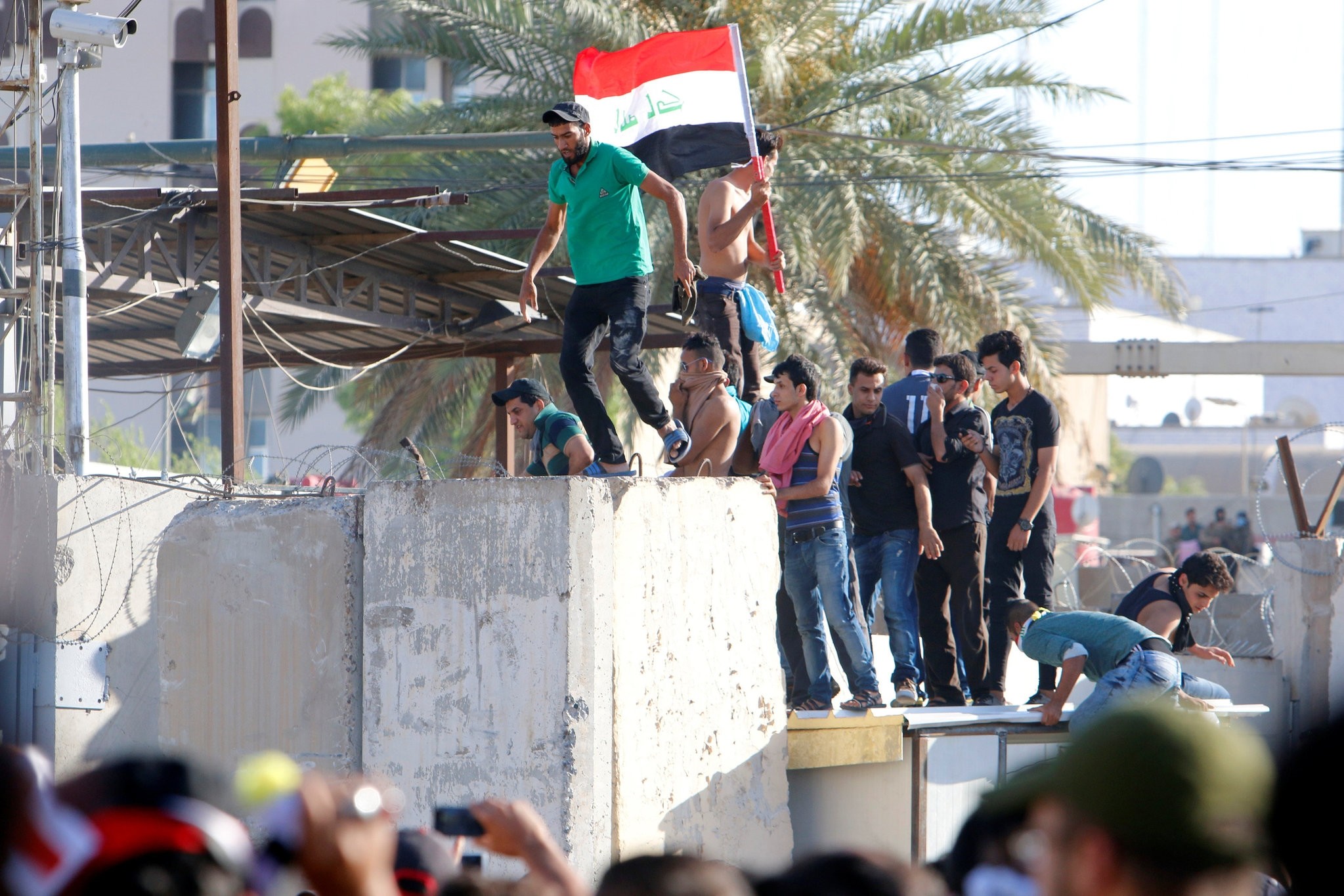 The protesters initially faced tough resistance from forces guarding the premier's office but some were able to muscle past and enter the premises, an AFP photographer at the scene said.

Witnesses said dozens of people were injured in the clashes. The protesters included supporters of powerful Shi'ite cleric Moqtada al-Sadr and people from other groups who are displeased with the government's failure to approve anti-corruption reforms and provide security.

Sadr supporters protesting parliament's failure to approve a non-political cabinet also stormed the Green Zone on April 30 in an unprecedented breach of the central district, which houses parliament, government buildings and many foreign embassies.

They have added to their grievances the government's failure to provide security after a wave of bombings claimed by Daesh in the Iraqi capital this month which killed more than 150 people. Sadr did not explicitly call for Friday's demonstration.

Iraq's political crisis broke out in February, when Prime Minister Haider al-Abadi announced plans to appoint a cabinet of independent technocrats, threatening to uproot a system of political patronage that makes the public administration open to corruption.

He has warned that the impasse could hamper Iraq's fight against Daesh, which continues to control territory in northern and western Iraq.

Sadr, the heir of a revered clerical dynasty, says he backs Abadi's plan and has accused other political groups of blocking the reforms due to their own vested interests.