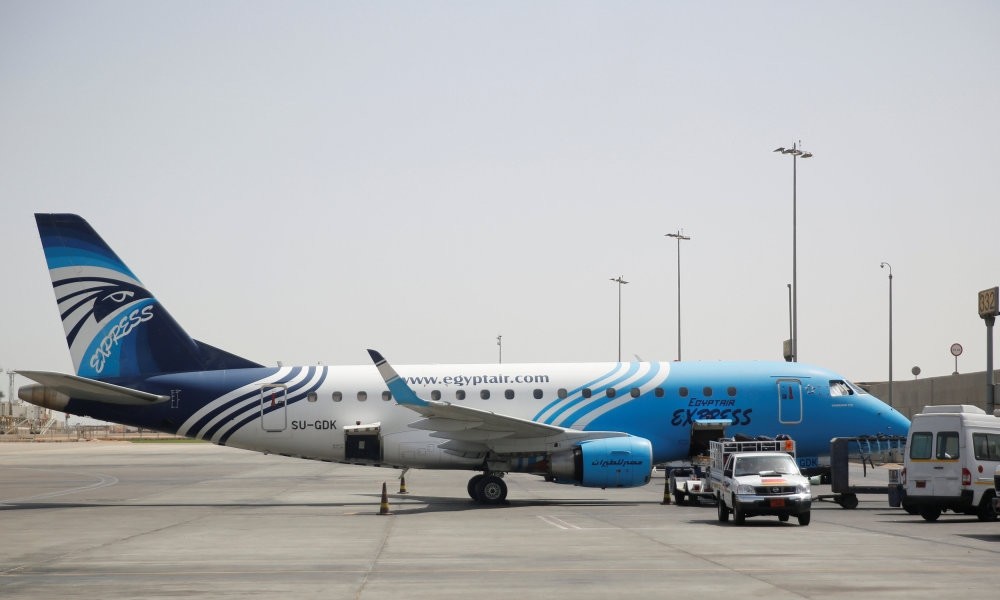 The EgyptAir jet that crashed in the Mediterranean Sea on Thursday is yet another blow to an already-troubled Egyptian economy. After tourist numbers decreased sharply following the latest incidents in Sinai, this crash could be the death knell for Egypt's tourism economy

The EgyptAir jet which crashed in the Mediterranean on Thursday sent a series of warnings indicating that smoke had been detected on board shortly before it disappeared off radar screens, French investigators said on Saturday. A spokesman for France's air accident investigation agency BEA said the signals did not indicate what had caused the smoke or fire on board the plane, which plunged into the sea with 66 people on board, heading from Paris to Cairo. But they offered the first clues as to what unfolded in the moments before the crash. One aviation source said that a fire on board would likely have generated multiple warning signals, while a sudden explosion may not have generated any – though officials stress that no scenario, including explosion, is being ruled out. Egypt said their navy had found human remains, wreckage and the personal belongings of passengers floating in the Mediterranean about 290 km north of Alexandria. The Egyptian army published pictures on Saturday on their official Facebook page of the recovered items, which included blue and white debris with EgyptAir markings, seat fabric with designs in the airline's colors, and a yellow lifejacket. Analysis of the debris and recovery of the plane's twin flight recorders are likely to be key to determining the cause of the crash, the third blow since October to Egypt's travel industry, still reeling from political unrest following the 2011 uprising which ousted Hosni Mubarak.

Egyptian President Abdel-Fattah el-Sissi said on Sunday that an investigation into the cause of the EgyptAir plane crash could take a long time, but the facts would be made public as soon as they were available. In his first public remarks following Thursday's crash, el-Sissi said all possible scenarios were still being considered. "This could take a long time but no one can hide these things. As soon as the results are out people will be informed," el-Sissi told assembled ministers and members of parliament at the opening of a fertilizer plant in the port city of Damietta.

The signals from the plane "do not allow in any way to say what may have caused smoke or fire on board the aircraft," said a spokesman for the BEA, which is assisting an official Egyptian investigation. He added that the priority now was to find the two flight recorders, known as black boxes and containing cockpit voice recordings and data readings, from the Airbus A320 which vanished from radar early on Thursday. The head of the Egyptian investigation team was quoted by Egypt's state-owned Al-Ahram newspaper as saying a preliminary report into the crash would be presented in a month. Civil Aviation Minister Sherif Fathi told reporters an additional challenge in the hunt for the black boxes was the depth of the Mediterranean in the area under search. "What I understand is that it is 3,000 (meters)." That would place the black box locator beacons, which last for 30 days, on the edge of their detectable range from the surface, based on the type of acoustic equipment typically used during the first stages of a search, according to a report into the 2009 crash of an Air France jet in the Atlantic.

A suspected DAESH bombing brought down a Russian airliner after it took off from Sharm el-Sheikh airport in late October, killing all 224 people on board, and an EgyptAir plane was hijacked in March by a man wearing a fake suicide belt. A message purporting to come from DAESH urged attacks on the United States and Europe in the Islamic holy month of Ramadan beginning in early June. "Ramadan is the month of conquest. Get prepared... so that you make it a month of calamity for the non-believers anywhere," read a message posted on Twitter accounts which usually publish DAESH statements. DAESH made no claim of responsibility for the Egyptair crash. The October crash devastated Egyptian tourism, a main source of foreign exchange for the country of 80 million people, and another similar incident would crush hopes of recovery. Egypt's tourism revenue in the first three months of the year plunged to $500 million, down by two-thirds from a year ago. The latest air disaster is another crushing blow to a country whose tourism-dependent economy is struggling to recover from years of militant attacks and political turmoil, analysts said. The crash is the third airline incident in less than a year involving the Arab world's most populous nation, undermining efforts to attract tourists and their much-needed revenue.

A 2011 uprising that unseated strongman Hosni Mubarak triggered years of political turmoil that kept many foreign visitors away. In 2013 the military overthrew his successor Mohamed Morsi, Egypt's first democratically elected president, and launched a bloody crackdown on his supporters. Extremist insurgents have killed hundreds in attacks in Sinai, mostly members of the security forces, but also tourists. The security forces themselves have also killed tourists by mistake. Eight Mexican tourists died in an air strike in September 2015 after they were mistaken for militants while picnicking in the desert. And in March, an Egyptian man who wanted to see his ex-wife hijacked an EgyptAir flight and forced it to divert to Cyprus.

"All this is adding to the negative sentiment towards Egypt's tourism sector," said Hany Farahat, senior economist at CI Capital in Cairo. "And definitely it postpones any potential for recovery in 2016 as far as tourism revenues are concerned." Tourism revenues slumped 15 percent in 2015, and Egypt's foreign currency reserves are under intense pressure, after falling to $17 billion in April from more than $36 billion in 2010. The recent incidents have dashed hopes of a recovery in the sector, which had seen signs of improvement. "Arrivals from key markets plummeted in 2011 and started gradually to recover until 2015. But those never achieved the performance from prior to the events," said Kinda Chebib, senior analyst at Euromonitor International, in an emailed statement. "We believe that the recent events will slow down the ambitions of the local government to achieve the target of 20 million foreign tourist arrivals by 2020."
RELATED TOPICS