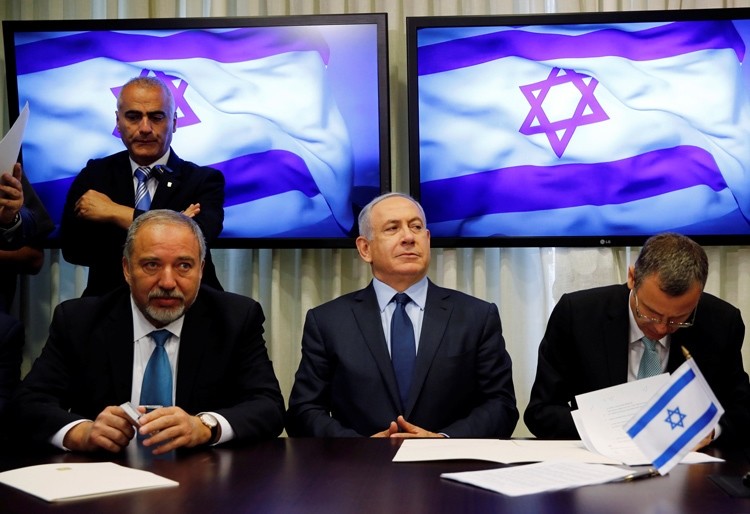 Israel Radio reported that during the late night meeting, Netanyahu agreed to one of Lieberman's key demands to fund pensions for Israelis who migrated from the former Soviet Union.

Lieberman's Yisrael Beitenu colleague Sofa Landver will also join him in the cabinet as the Minister for Immigrant Absorption. Both are scheduled to be sworn-in on Monday.

The deal has strengthened Netanyahu's fragile coalition government, which previously relied on a single-seat majority, after the Knesset reopened for its summer session this week.

According to Israel Radio, Netanyahu and Finance Minister Moshe Kahlon agreed to a 1.4 billion shekel ($360 million) fund, which was half the figure initially demanded by Lieberman.

Lieberman has frequently been accused of inflammatory statements against Palestinians and has also reportedly been pushing for the death penalty for Palestinians found guilty of killing Israelis in attacks.

Previous Defense Minister Moshe Yaalon resigned from government and the Knesset last Friday amid reports that his job had been offered to Lieberman. Yaalon had said that Netanyahu's government was being overrun by extremists.