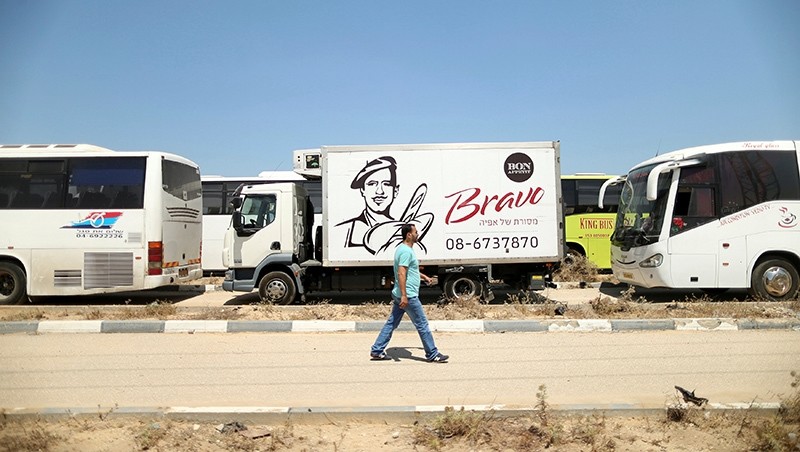 A Palestinian man walks past vehicles upon arrival at Erez crossing between Israel and northern Gaza Strip July 13, 2016 (Reuters Photo)
by Jul 13, 2016 12:00 am

A major crossing point between Gaza and Israel is set to reopen for the first time in nine years, the Israeli government announced Wednesday.

"The Erez crossing point will again be open to goods entering Gaza" from Thursday, a spokesman for COGAT, the defence ministry body responsible for implementing government policies in the Palestinian territories, told AFP.

"This measure has been taken to facilitate the work of Palestinian importers and thus help the economy of the Gaza Strip," added the spokesman.

Since 2007 Erez has been restricted to individuals, with goods going through Kerem Shalom in southern Gaza.

Located in the northern Gaza Strip, Erez is nearer to major Israeli cities than Kerem Shalom and could make bringing goods from Israeli port cities such as Ashdod easier.

Israel has imposed a blockade on Gaza for a decade, which it says is necessary to prevent Hamas, which runs the strip, from rebuilding its military forces and positions.

According to the World Bank and the UN, the blockade has killed virtually all exports from Gaza, as well as bringing the economy of the small enclave to the brink.

Around 1.9 million Palestinians live in Gaza, wedged between Egypt, Israel and the Mediterranean.