US State Department grant used for campaign to unseat Netanyahu 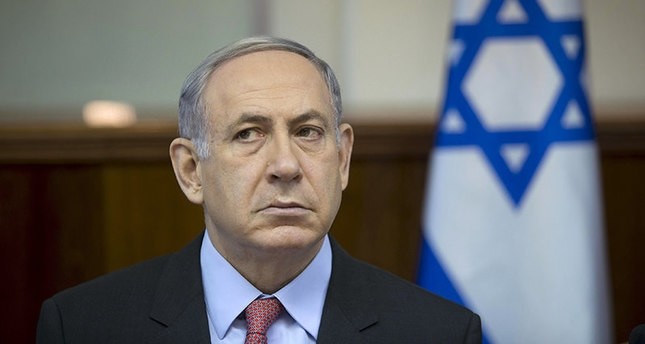 A US State Department grant to support peace between Palestine and Israel was also used for a campaign to unseat Israeli Prime Minister Benjamin Netanyahu, a Senate report said Tuesday.

The 28-page-report found no wrongdoing by the State Department for providing more than $300,000 in grants to OneVoice to promote peace negotiations during a 14-month period ending in November 2014.

However, the agency was criticized for having not paid attention to where the money went.

"The State Department ignored warning signs and funded a politically active group in a politically sensitive environment with inadequate safeguards," according to the report that was released by the Senate's Permanent Subcommittee On Investigations.

"The record is clear, however, that OneVoice did inform at least two State Department officials of its political plans, and it did so during the grant period. The Department took no action in response, although it is unclear whether the officials in receipt of the plans reviewed them," it added.

OneVoice consists of Israelis and Palestinians working to elect representatives who would seek a two-state solution.

Lawmaker Rob Portman, who signed off the investigation, used Twitter to criticize the State Department for lax oversight and for undermining a U.S. ally.

"A @StateDept grant funded an Israeli org that used federal money to build a campaign organization later used against the leader of #Israel," Portman said. "Remarkably, the group sent @StateDept its anti-Netanyahu political plans *during* the federal grant period, but State did nothing. #Israel."

The report said V15's use of voter contacts and activists for OneVoice to oppose Netanyahu was not prohibited because there was no restriction on how the funds could be used after the grant expired in 2014.

"Despite OneVoice's previous political activism in the 2013 Israeli election, the Department failed to take any steps to guard against the risk that OneVoice could engage in political activities using State-funded grassroots campaign infrastructure after the grant period," the report said.