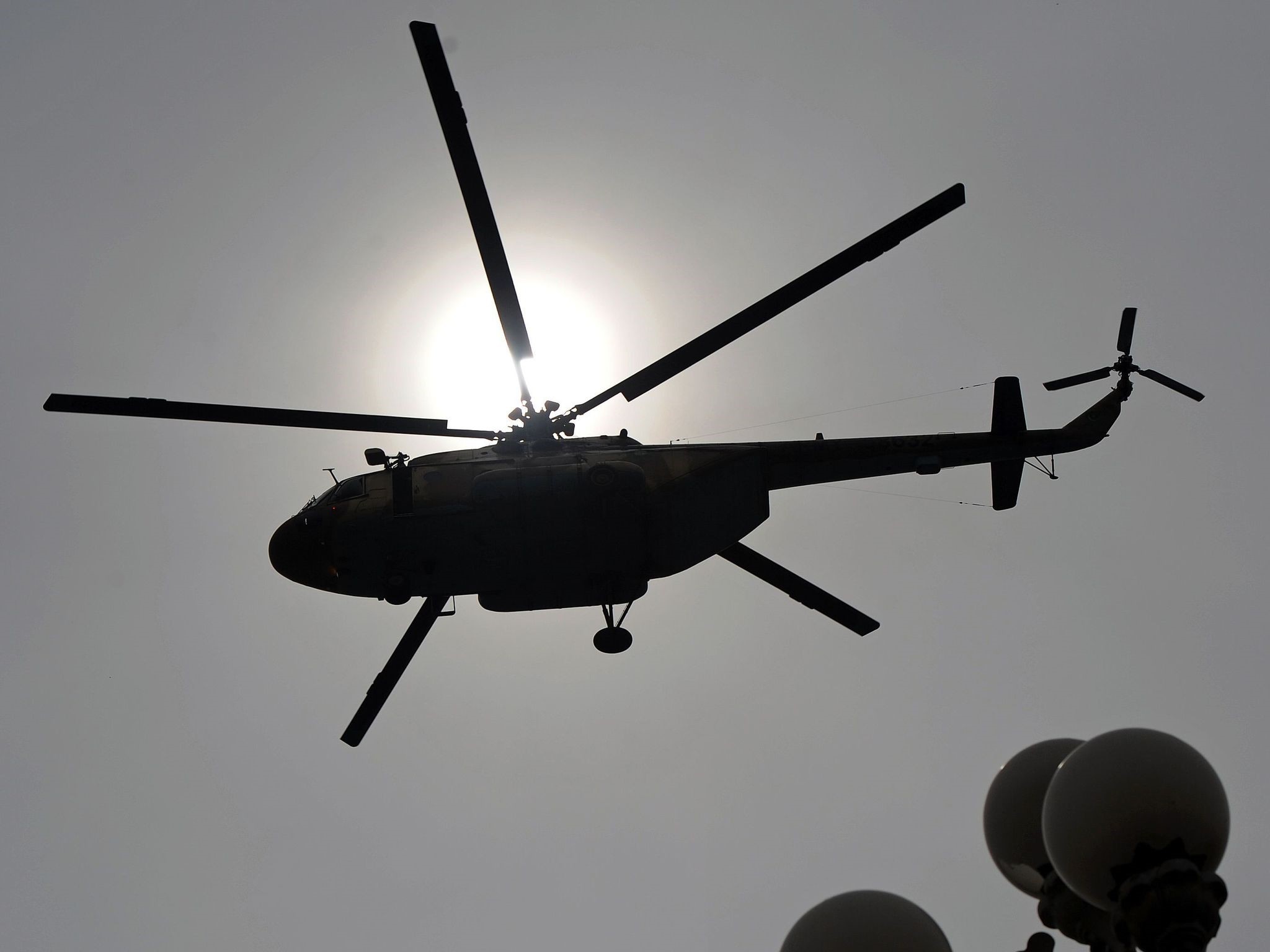 This file photo taken on March 23, 2014 shows a Pakistani Air Force Mi-17 helicopter flies over the Presidential Palace during a parade marking the country's National Day in Islamabad. (AFP Photo)
by reuters
Aug 04, 2016 12:00 am

A Pakistani government helicopter crash-landed in Taliban-held territory in neighbouring Afghanistan on Thursday and all passengers and crew are feared captured by the insurgents, officials said.

The helicopter went down in Logar province, close to the Afghan-Pakistan border - an increasingly lawless area since a two-year Pakistani military operation pushed many Taliban and allied fighters further into Afghanistan.

"Those detained by the Taliban are Pakistanis," Sameem Saleh, spokesman for Logar's governor, said. "The chopper was not shot but made the landing because of technical failure."

A Pakistani Foreign Office spokesman confirmed that a helicopter belong to the Punjab provincial government had gone down, saying the fate of the crew was not yet clear.

"The Afghan authorities have assured they will investigate and learn about the whereabouts of the helicopter and the passengers," spokesman Nafees Zakaria said.

He said seven passengers were on board, six of them Pakistanis and one a Russian technician. The pilot was Pakistani.

The aircraft had permission to fly over Afghan air space on its way to Uzbekistan further north, he said.

Hameed Khan, district governor of Azra district of Logar, said the helicopter landed in his border district, which lies across from Pakistan's Kurram agency.

"They were detained by the Taliban," Khan said.

A senior Pakistani military official said the Russian-made MI-17 transport helicopter was en route from Peshawar in northwest Pakistan to Uzbekistan for maintenance when it experienced technical failure and made an emergency landing.

He said there was no information about the occupants.

Other military officials, also speaking on condition of anonymity, said three of those aboard the helicopter were retired security officials.