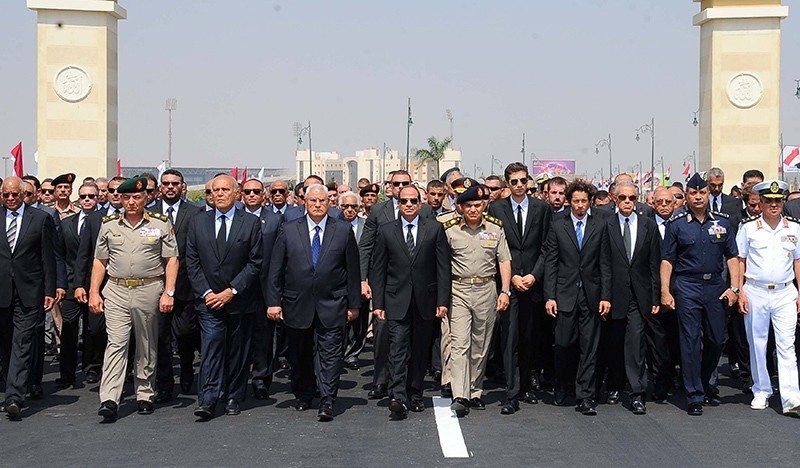 Egypt has bid farewell to Ahmed Zewail, the Egyptian-born scientist who won a Nobel Prize in 1999, according him a military funeral with full honors.

Egypt's Abdel-Fattah al-Sisi and top government officials attended the funeral in a suburb east of Cairo.

His coffin was wrapped in the Egyptian flag and carried by a gun carriage drawn by horses mounted by soldiers.

Zewail's 1999 Nobel Prize was awarded for his work on the study of chemical reactions over immensely short time scales.

His death Tuesday was announced by the California Institute of Technology in Pasadena, where he was Linus Pauling professor of chemistry and director of the Physical Biology Center for Ultrafast Science and Technology.