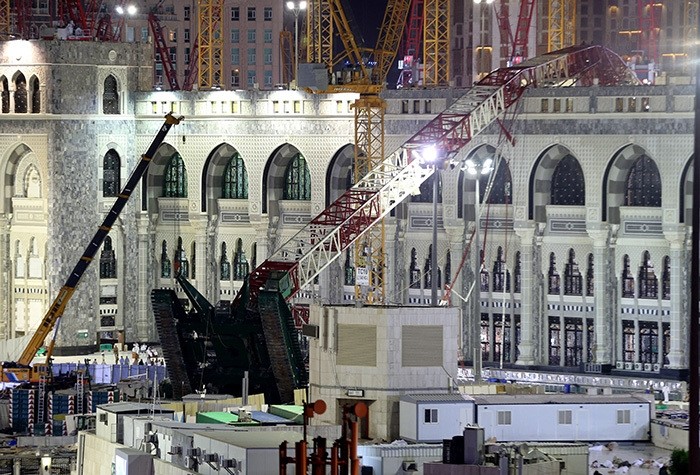 The trial of 14 people in Saudi Arabia has begun in connection with a crane collapse in Mecca that killed 111 pilgrims and injured hundreds more days before the start of the annual hajj pilgrimage last year.

Local media reported Thursday that six Saudis, including a Saudi billionaire, two Pakistanis, a Canadian, Jordanian, Palestinian, Egyptian, Emirati and Filipino national are on trial. The defendants' names were not made public.

Amid strong winds, the 1,350-ton crane collapsed onto the Grand Mosque that houses Islam's holiest site, bringing down slabs of concrete on worshippers below.

The Okaz newspaper says the defendants are accused of negligence, damaging public property and ignoring safety guidelines. The Saudi Gazette reports 170 employees of construction giant the Saudi Binladin Group, which operated the crane, have been questioned.