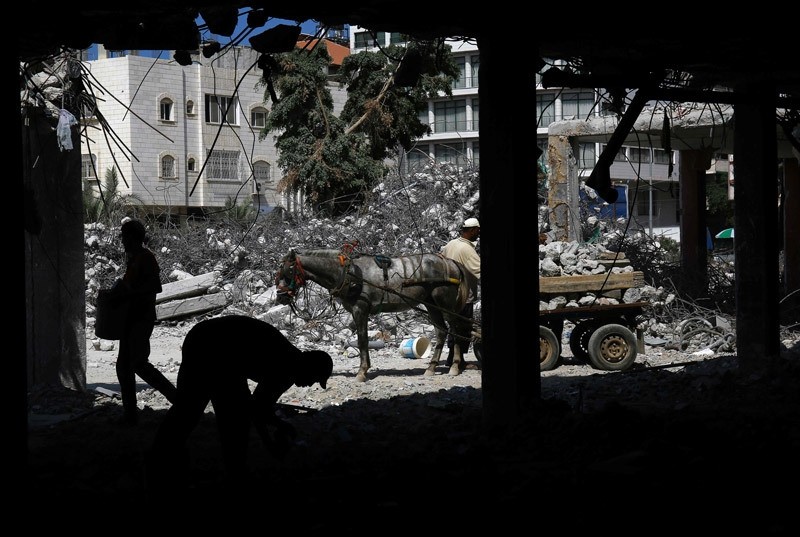 Palestinian workers remove debris from buildings which were destroyed during the 50-day war between Israel and Hamas militants in the summer of 2014, in Gaza City, on August 10, 2016. | AFP Photo
by Anadolu Agency Aug 21, 2016 12:00 am

Israeli warplanes launched airstrikes in the blockaded Gaza Strip on Sunday, shortly after a rocket was fired into southern Israel.

The Israeli military said in a statement that a rocket hit the southern city of Sderot from the Palestinian territory.

"In response to the attack, the Israeli air forces and armored corps targeted two Hamas posts in southern Gaza Strip," the statement said.

In July and August of 2014, Israel waged a weeks-long military offensive against the Gaza Strip with the ostensible aim of staunching rocket fire from the coastal enclave.

Over 2,160 Palestinians, mostly civilians, were killed -- and some 11,000 injured -- during the 51-day onslaught. Some 73 Israelis, mostly soldiers, were killed in the offensive.