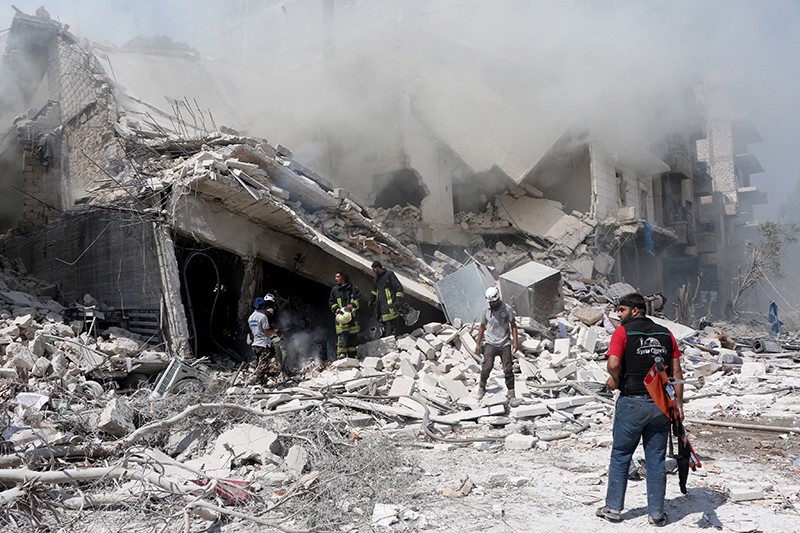 At least 20 people were killed and dozens injured Saturday in a barrel bomb attack carried out by Syrian regime troops in northern Syria's Aleppo province, according to a local civil defense official.

"Twenty people were killed and 30 others injured in the attack," he said.

According to Abu Leith, women and children were among the fatalities.

He said the second attack took place when the helicopter dropped another barrel bomb on people who rushed to the scene to help the victims of the first attack.

The injured were rushed to field hospitals amid fears that death toll may rise as a number of civilians remain trapped under the debris of their destroyed homes.

In recent weeks, regime helicopters -- along with Russian and Syrian warplanes -- have struck a number of marketplaces, hospitals and civil defense centers in opposition-held parts of war-battered Aleppo city.