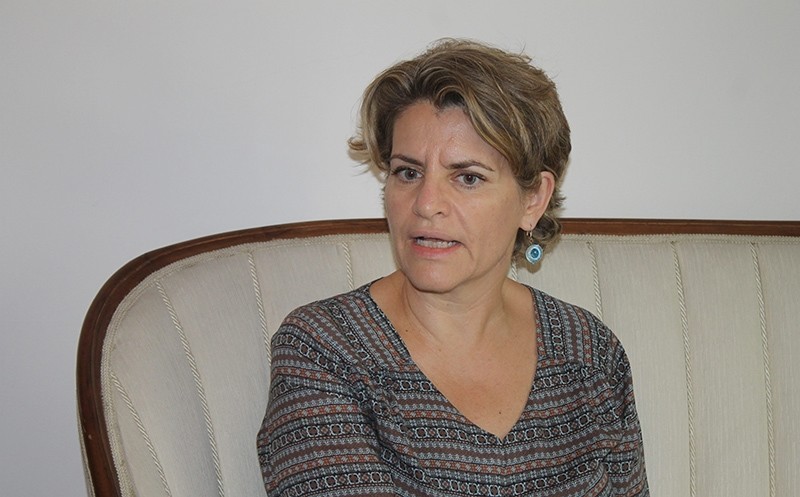 Turkey and Israel will exchange ambassadors within the next few weeks following reconciliation between the countries earlier in the summer, Amira Oron, Israel's charge d'affaires in Ankara, told Anadolu Agency.

Oron, who is Israel's senior diplomat in Turkey in the absence of an ambassador, said the approval of June's normalization agreement by the Turkish parliament last week was a critical phase in the restoration of links between the nations.

"We have reached a good result," she said. "It will be a good start and a basis for our relationship to continue. After all the necessary procedures are complete, we, actually, are at the beginning of the normalization process.

"When we know that we are able to return to ambassador-level relations, I believe we will see enhanced activity between the two countries."

Diplomatic ties between Turkey and Israel were disrupted in May 2010 when Israeli commandos killed 10 Turkish activists including a U.S. citizens on an aid ship, the Mavi Marmara, heading for Gaza.

Turkey demanded a number of conditions -- an apology, the payment of compensation and the lifting of Israel's Gaza blockade -- be fulfilled before the return of normal relations. Ankara now considers these terms satisfied.

"At the end of the day, all of these efforts will bring us to one solution, to one sentence -- to rebuild confidence between two nations and two peoples," Oron said.

"If we have confidence, if both peoples can share aspirations and interests, it will be wonderful for both sides. Confidence is a major issue in our relations for the future."

She identified the economy, energy and information-sharing as the three most significant aspects in normalizing ties and said trade between the countries could reach $8 billion.

Gas reserves in the eastern Mediterranean will also prove to be a new aspect to the relationship, the envoy added.

Turkish and Israeli companies are discussing a possible gas pipeline between Israel and Turkey to transport natural gas supplies to Europe from the Leviathan gas field, which holds an estimated 620 billion cubic meters of gas.

"This is a strategic agreement that will enable exports of Israeli gas to Turkey, so this is another benefit for Israel," Oron said. "But before this, we need to revert to normal good relations between Israel and Turkey. First of all, we have to ensure that we can enjoy normalization with Turkey."

She added: "I believe the next phase might be to reach some kind of agreement between the two governments to enable private companies to firm-up plans to ensure that Israeli gas firstly reaches the Turkish market and thereafter the European markets.

"It can definitely be a win-win situation for both sides. But both governments should make sure that there is a correct framework for that cooperation."

Renewable energy could also provide opportunities for cooperation. Last year, Israel opened an office at the Abu Dhabi-based International Renewable Energy Agency and is considered one of the region's most important countries in terms of renewable energy due to its exports of wind and solar energy systems.

Israel aims to generate 10 percent of its electricity needs from renewables by 2020, according to Ministry of Energy and Water Resources.

Oron said information-sharing would help both states deal with problems in the region. "If we can share information and understanding what is going on in this region, it would be very beneficial for Israel because Turkey is a very important country and a major regional player," she said.

"We missed this kind of cooperation we used to have. Israel and Turkey are the most stable countries in this region and can definitely enjoy such cooperation."

Finallly Oron praised Turkey's defeat of the July 15 coup attempt. "It should be still investigated," she said. "The international community should bear it in mind and try to support Turkey as much as they can. We totally support the democratic process in Turkey and we want to continue with our normalization.

"I believe the Turkish nation will prevail and will be a much stronger and more secure country."