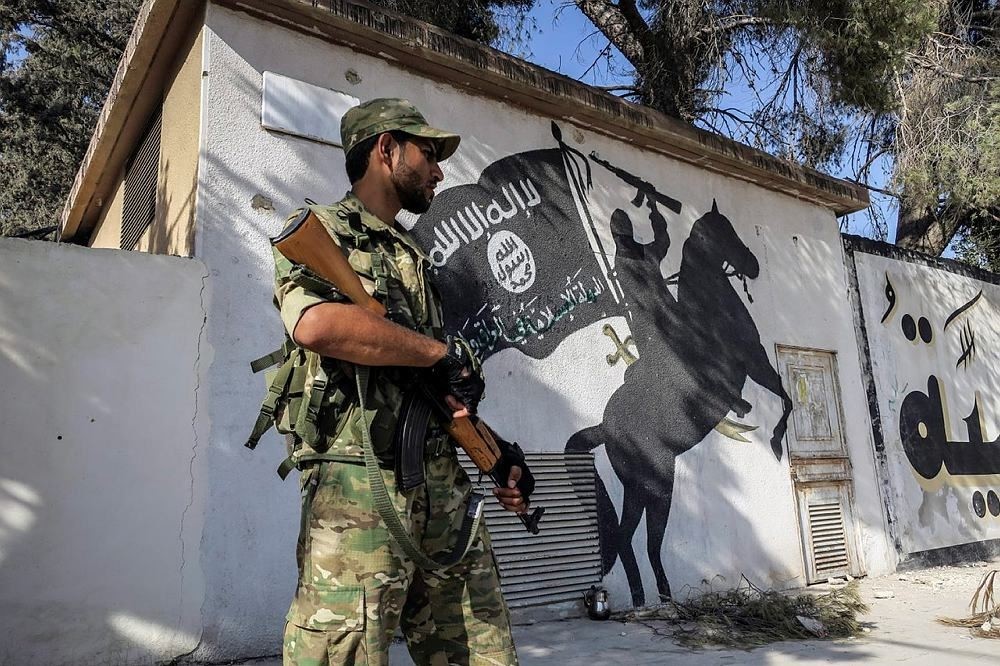 The Daesh terrorist group has suffered a string of military defeats this year after overrunning vast swathes of territory in Iraq and Syria in 2014.

Nevertheless, the group remains in firm control of several parts of both countries and still appears to have the ability to stage frequent attacks.

In June, the New York Times reported that Daesh had recently lost 56 out of 126 key positions -- including several major population centers -- in both Iraq and Syria.

According to Iraqi Prime Minister Haidar al-Abadi, the group currently controls some 14 percent of Iraq's total territory compared to the roughly one third that it held two years ago.

Along with significant territories in Iraq, Daesh recently lost the Syrian city of Jarabulus near the Turkish border and Libya's coastal city of Sirte.

While some observers view the territorial losses as the "beginning of the end" for Daesh, others expect the terrorist group to stage a series of strategic withdrawals from key positions before attempting to regroup in other areas. 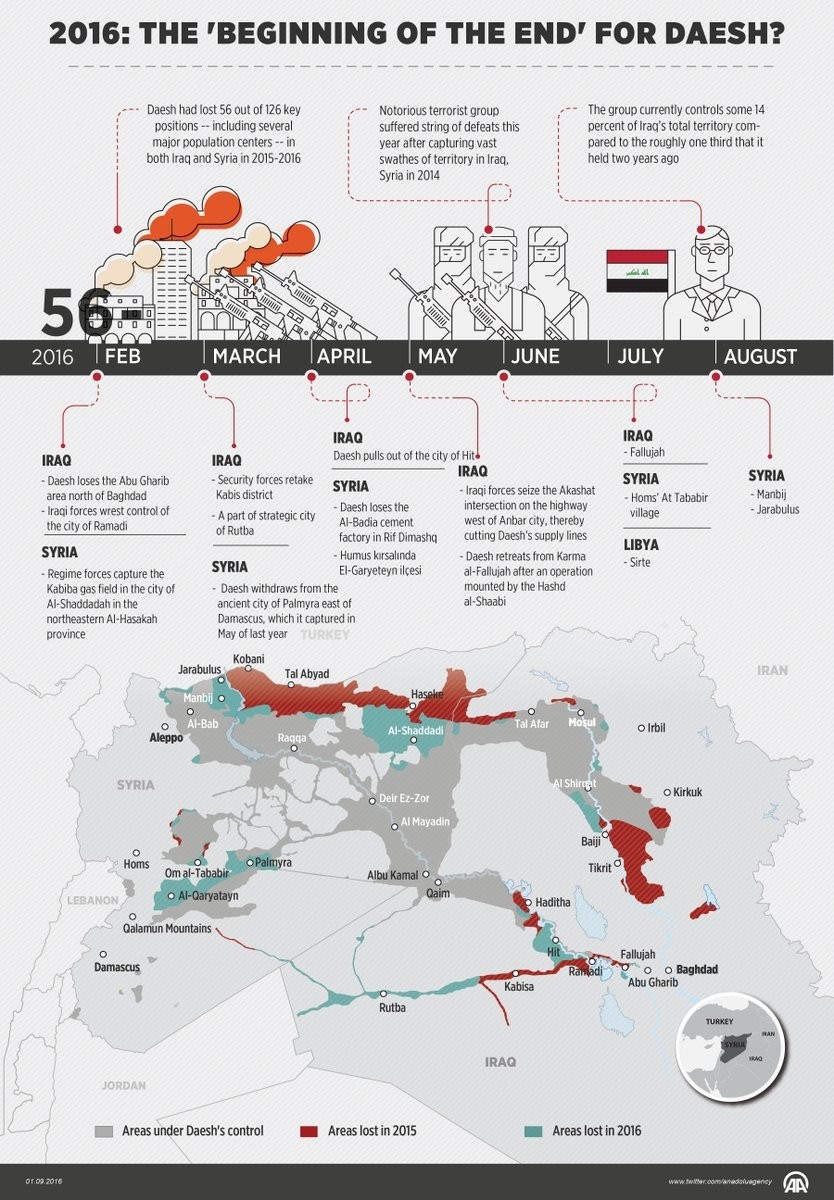 The following is a chronological list of the biggest losses sustained by the group this year.

February 2016: Iraqi forces wrest control of the city of Ramadi, captured by Daesh in May of last year.

February 2016: Syrian regime forces capture the Kabiba gas field in the city of Al-Shaddadah in the northeastern Al-Hasakah province.

March 2016: Daesh loses the strategic city of Rutba in western Iraq to security forces backed by an international U.S.-led coalition.

March 2016: Daesh withdraws from the ancient city of Palmyra east of Damascus, which it captured in May of last year.

April 2016: Daesh pulls out of the city of Hit on the west bank of the Euphrates River after withdrawing from the cities of Kabia and Ruthba.

April 2016: Daesh withdraws from the town of Al-Qaryatayn in Syria's Homs province after a stinging defeat by regime forces.

May 2016: Daesh retreats from Karma al-Fallujah after an operation mounted by the Hashd al-Shaabi.

June-July 2016: Daesh withdraws from Fallujah west of Baghdad, which it captured in early 2014. Daesh fighters then retreat to Mosul, now its primary stronghold in Iraq.

August 2016: Daesh withdraws from the city of Jarabulus in Syria's northwestern Aleppo province amid a Turkish military campaign launched in support of the Free Syrian Army.