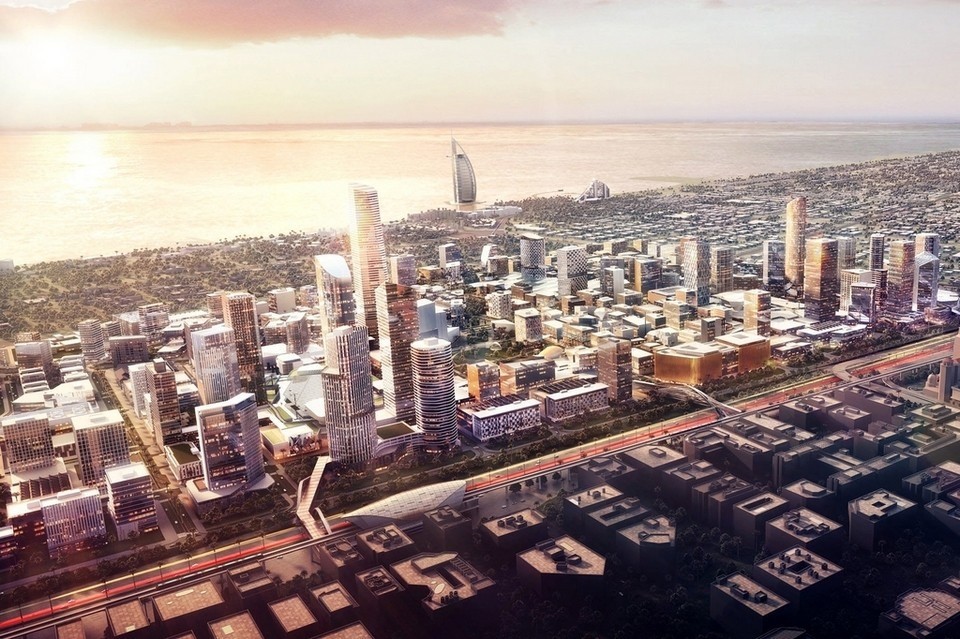 by Sep 04, 2016 12:00 am
Dubai Holding, the investment vehicle of the emirate's ruler, has announced a $20 billion project to develop a new district in the city, signalling the emirate plans to keep growing rapidly despite the impact of low oil prices on the region.

But in an indication of some caution, officials said on Sunday the project would be built in phases in response to market demand, with no specific deadline. They said financing arrangements had not been finalised.

"We are in extensive discussions with all the usual prospects" to build the district, Jumeirah Central's chief operating officer Morgan Parker told reporters.

Jumeirah Central will be located on land that was previously earmarked for the giant Mall of the World, which was to include 8 million square feet (745,000 square metres) of shopping space connected to a theme park and 100 hotels.

That project was announced in mid-2014, just as oil prices began falling sharply. Last week, Dubai Holding said it had decided to relocate Mall of the World, but officials declined to answer questions on Sunday about the fate of that project.

Although Dubai's economy is coping better than its neighbours with cheap oil, thanks to the emirate's tourist and business services sectors, real estate prices have been dropping since last year and some residential and retail projects have been suspended or cancelled.

Mohammad Kamal, a research analyst at Dubai-based Arqaam Capital, said that while Jumeirah Central could provide new business for construction companies in the region, they were struggling with difficult conditions in the industry.

"Though incoming projects can help revitalise growth across the sector, working capital and leverage remain problematic. The ability to execute on new contracts is generally constrained as a result."