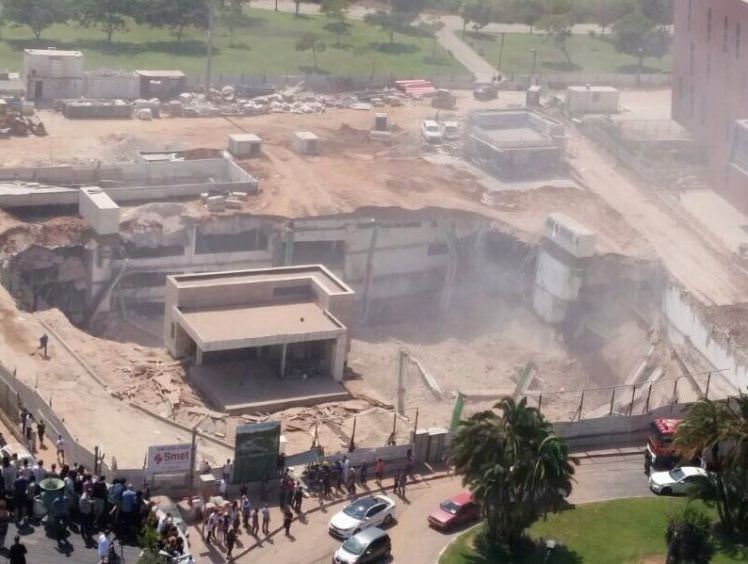 A building that was under construction collapsed in nothern Tel Aviv on Monday, killing at least four people and injuring some 20 others.

Spokeswoman Luba Samri said that rescue services were attempting to recover the bodies of the two construction workers.

Hundreds of members of a special Israeli army unit were scouring the site for the three people who were still missing, local media reported.

More than 20 people were injured after the nearly finished underground parking lot crumbled Monday in Ramat Hahayil, a business district where several hi-tech firms have opened their offices in the last few years.

The cause of the accident remains unclear. The area surrounding the accident site remained cordoned off Tuesday.

An eyewitness told Israeli radio that it felt "like an earthquake" as the site crumbled.

The collapse was cited by some lawmakers as an example of Israel's problems with construction safety.

According to a study released in May by Israel's Ministry of Economy and the National Insurance Institute, the country has one of the highest rates of construction site accidents among Western countries, with 480 people killed between 2000 and 2015.

Officials were trying to determine the cause of the collapse as rescue crews and medical workers converged on the scene, fearing there were at least 30 people trapped in the ruins.