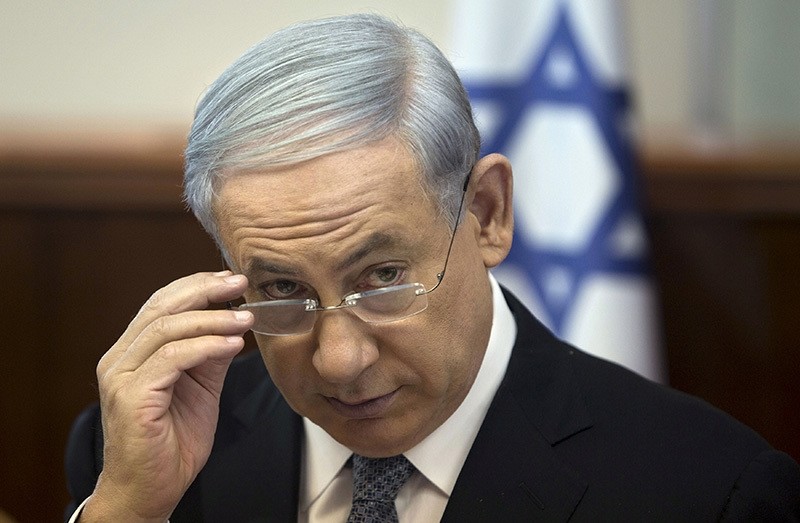 Palestinian President Mahmoud Abbas said on Tuesday that a proposed meeting in Moscow with Israeli Prime Minister Benjamin Netanyahu will not be held for
now.

"President Putin has proposed a meeting on Sept. 9 in Moscow. I agreed to this and I was to go to Moscow directly from here," Abbas told a joint news conference with Polish President Andrzej Duda in Warsaw.

The ongoing conflict between Palestine and Israel has been ongoing since 1948, when Israel declared a state. Despite many peace talks by various regional countries, neither sides has been able to reach an agreement and Israel's occupation of Palestinian sites continues.

Israel captured the West Bank, Gaza Strip and east Jerusalem in the 1967 Mideast war. As part of interim peace deals in the 1990s, the West Bank was carved up into autonomous Palestinian areas — A and B — and Area C, which is home to nearly 400,000 Israeli settlers.

The Palestinians seek all of the territories captured by Israel in 1967 for a future independent state. They say that Area C, home to an estimated 150,000 to 200,000 Palestinians, is crucial to a future Palestine's economic development

The last round of U.S.-brokered peace talks broke down two years ago without any progress. In the meantime, Israel continued to expand settlements while limiting Palestinian development, according to Palestinian and international critics of Israeli policy.

The Israeli army frequently carries out sweeping arrest campaigns in the occupied territories that ostensibly target Palestinians who are "wanted" by the Israeli occupation authorities.

Over 7,000 Palestinians are currently languishing in prisons throughout the Jewish state, according to the Palestinian Ministry of Prisoners' Affairs.