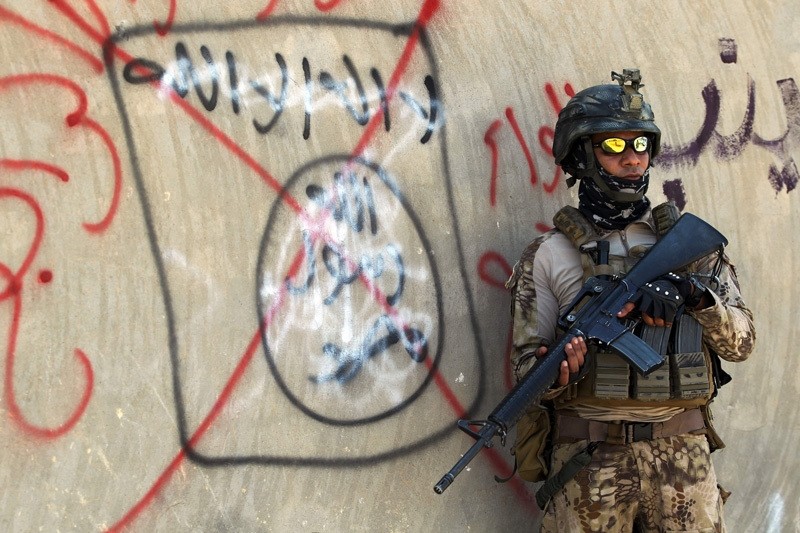 An Iraqi soldier stands next to a wall with a red cross above a slogan of the Daish terrorist group. (AFP Photo)
by Anadolu Agency Oct 05, 2016 12:00 am

The Iraqi army on Tuesday recaptured the Ramadi Island in western Iraq from Daish terrorists, a top army commander said.

"Our forces are now deployed across the island and are working to defuse landmines planted by Daish militants," he said.

In mid-2014, Daish captured Mosul -- Iraq's second largest city -- along with vast swathes of territory in the country's northern and western regions, including much of Anbar.

In recent weeks and months, the Iraqi army -- backed by a 60-nation coalition led by the U.S. -- has managed to retake much territory. Nevertheless, Daish remains in control of several parts of the country, including Mosul.

Iraqi troops and peshmerga fighters have recently captured several areas on the outskirts of Mosul, which Iraqi officials have vowed to recapture by year's end.