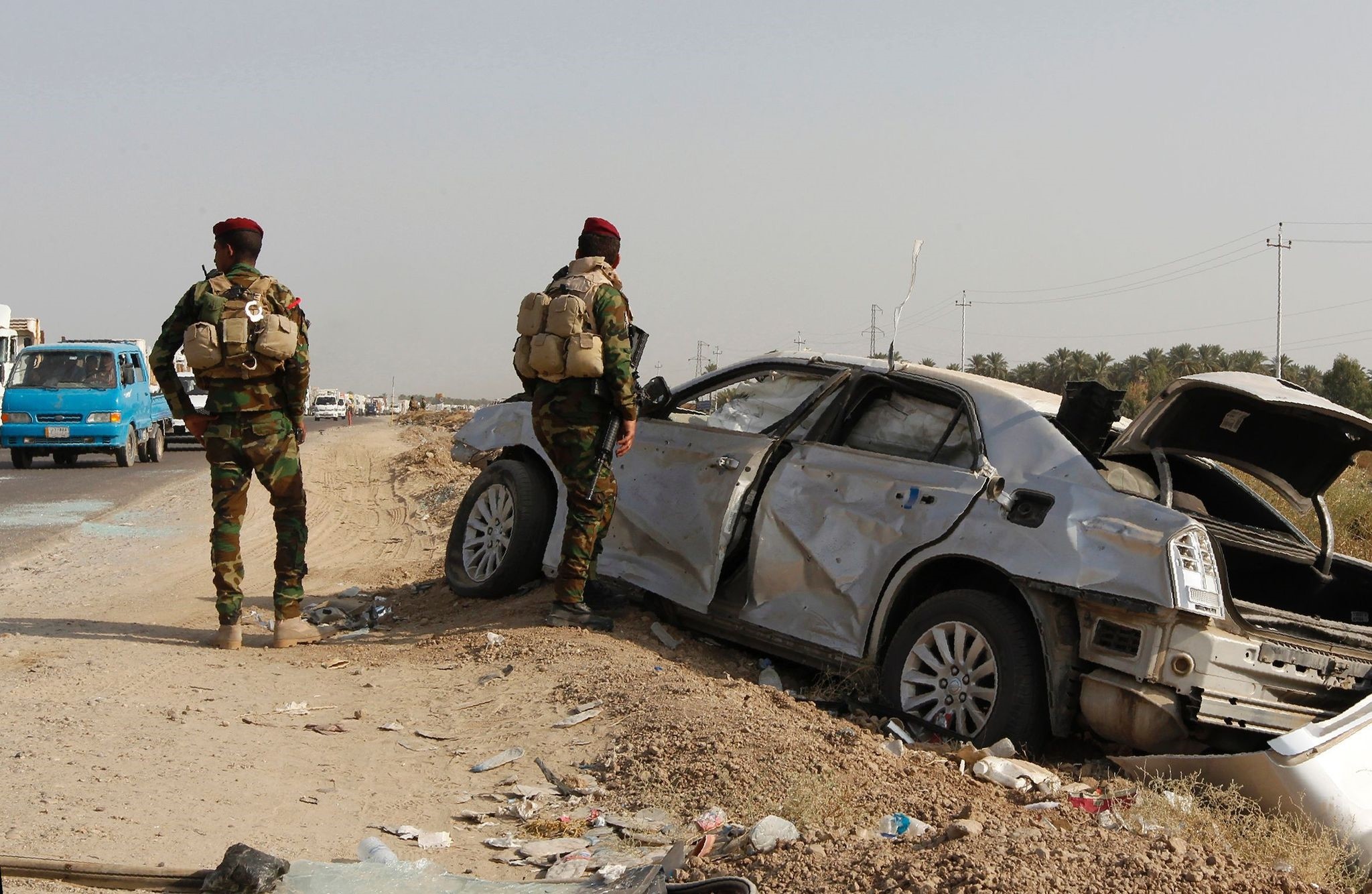 Iraqi government forces stand next to a damaged vehicle at the site of car bomb explosion targeting an Iraqi army checkpoint in Yusufiya, south of the capital Baghdad, on October 17, 2016. (AFP Photo)
by Oct 17, 2016 12:00 am

The blast happened as a convoy of Shi'ite paramilitary fighters drove past the check-point in Yusufiya, 15 kilometers (9 miles) south of the Iraqi capital, the sources said.

It caused casualties among police and army personnel manning the position, as well as Shi'ite fighters and civilians, they said.

The bombing comes as Iraqi forces launched earlier today an offensive on Mosul, the last city that remains under control of Daesh in Iraq.

The terrorist group intensified bomb attacks in regime-held areas this year as it loses territory to U.S.-backed Iraqi government forces and Shi'ite militias.

The group claimed a truck bombing in July that killed at least 324 people in the Karrada shopping area of Baghdad - the deadliest single attack in Iraq since the U.S.-led invasion that toppled Saddam Hussein in 2003.