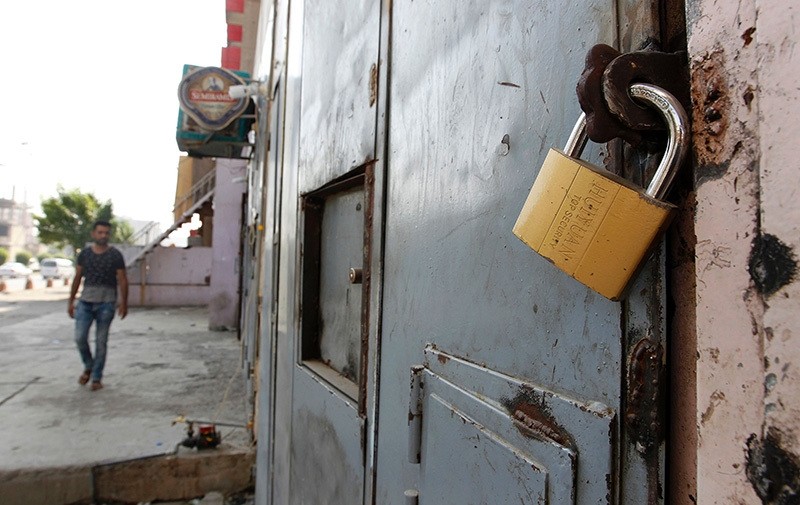 Iraq's parliament has passed a law forbidding the import, production or selling of alcoholic beverages in a surprise move that angered many in the country's Christian community who rely on the business.

The bill, passed late Saturday, imposes a fine of up to 25 million Iraqi dinars, or $21,000, for anyone violating the ban.

Proponents of the ban argue that it is justified by the constitution, which prohibits any law contradicting Islam.

According to an MP and a parliament official, the ban was a last-minute addition to a draft law on municipalities that caught the anti-ban camp flat-footed.

Islam forbids the consumption of alcohol, but it has always been available in Iraq's larger cities, mainly from shops run by Christians. Those shops are currently closed because of the Shiite holy month of Muharram.

The law was also passed by MPs in Baghdad as all eyes were on the north of the country, where forces involved in Iraq's biggest military operation in years are battling the Daesh group and moving to retake the city of Mosul.

"A law was passed today and article 14 of that law bans the import, production and sale of all kinds of alcohol," Yonadam Kanna, a veteran Christian MP, told AFP on Saturday.

"This article of the law goes against the constitution, which guarantees the freedoms of minorities," he said.

Iraq's parliament is dominated by Shiite Islamist parties. The legislation was proposed by Mahmoud al-Hassan, a judge and lawmaker from the State of Law coalition, the largest bloc in parliament. The assembly announced the ban on its website but did not say how many lawmakers voted for or against it.

Kirk Sowell, the publisher of the biweekly newsletter Inside Iraqi Politics, said the bill was clearly supported by Shiite Islamists but came "as a bit of a surprise because it has not been a subject of major debate or discussion."

He said the executive branch could move to have the law overturned on procedural or other grounds, and the Supreme Court could potentially strike it down.

Christian lawmaker Joseph Slaiwa said the "unjust" ban was slipped into a draft law regulating the income of municipal authorities without lawmakers being notified. The original article only called for imposing taxes on liquor stores and restaurants serving liquor, he said.

"This ban is unconstitutional, as the constitution acknowledges the rights of non-Muslim minorities and ethnic groups who live alongside Muslims in Iraq," he said. "To those Muslim lawmakers I say: Take care of your religion and leave ours for us, we know how to deal with it."

He said some lawmakers will submit an appeal at the High Federal Court.

It's unclear how strictly the law would be enforced. Other Muslim-majority countries have laws restricting alcohol, but only a few, including Saudi Arabia and Kuwait, enforce a complete ban. The Iraqi law was unlikely to be enforced in the largely autonomous Kurdish region, which is home to a sizeable Christian community.

The bill comes as Iraq is waging a massive military operation to retake the northern city of Mosul from the Daesh group, which brutally enforces a ban on alcohol, cigarettes and other drugs in the territory under its control.

Alcohol is rarely offered in restaurants and hotels in Iraq, but consumption is relatively widespread, especially in Baghdad where scores of small shops selling alcoholic beverages can be found.

Iraq also has companies producing various types of alcohol, such as Farida beer or Asriya arak (a regional anise-flavored spirit).

Article 2 of the constitution says it "guarantees the Islamic identity of the majority of the Iraqi people and guarantees the full religious rights of all individuals to freedom of religious belief and practice" such as Christians, Yazidis and Sabeans.

Ammar Toma, an MP who voted in support of the ban, argued that it was the constitution that made it illegal to sell, produce or import alcoholic drinks.

"The constitution says you cannot approve a law that goes against Islam," he told AFP, referring to an article stating that "no law that contradicts the established provisions of Islam may be established."

Kanna and Toma also differed on the impact of a ban.

"This law will put people out of jobs, drug consumption will rise, the economy will be affected," said Kanna.

Observers say drug abuse has been on the rise in Iraq recently, especially in the southern city of Basra, where trafficking with neighboring Iran is soaring and where alcohol is only found on the black market.

Toma, a Shiite MP from the Fadhila party, rejected Kanna's assessment and said "the effects of alcohol on society are great, and include depravation, terrorism and social problems."

"As the for the people who will lose their jobs, new jobs can be found for them," he said without elaborating.