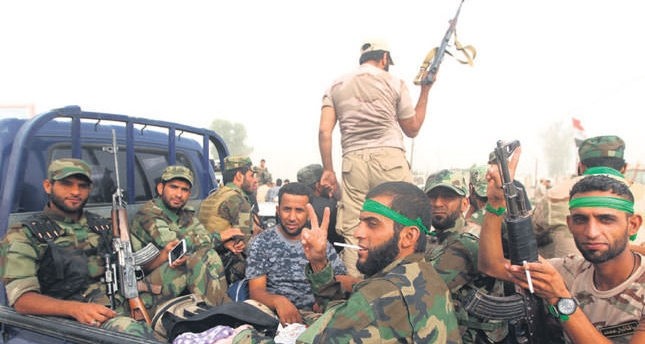 Shiite militiamen blew up two mosques in the town of Rutba and abducted many people in Iraq's western Anbar province on Thursday, a local source said.

Sheikh Moneim al-Qubeisi, a Rutba resident, told Anadolu Agency that the Abu al-Fadl Abbas group, which is linked to the Shiite Hashd al-Shaabi militia, "blew up the Al-Hara and Imam Bukhari mosques in downtown Rutba, located some 310 kilometers west of Ramadi".

Established two years ago, the Hashd al-Shaabi is an umbrella group of pro-government Shiite militias drawn up specifically to fight the Daesh terrorist group.

In the past, the Shiite militia has accused local Sunnis of collaborating with Daesh, which overran vast swathes of territory in northern and western Iraq in mid-2014.

"The militiamen also torched several homes and private vehicles in Rutba after accusing their owners of sympathizing with Daesh," al-Qubeisi said.

He went on to assert that the same militia had "abducted more than 23 of the town's young people before taking them to an unknown location".

Last week, the Iraqi army, backed by a U.S.-led air coalition and local allies on the ground, launched a wide-ranging offensive to retake the city of Mosul, Daesh's last stronghold in northern Iraq.

While the Iraqi army has since recovered much territory, the terrorist group remains in control of Mosul and parts of the western Anbar province.

This week, several thousand Hashd al-Shaabi militiamen deployed to the west of Mosul amid plans to take part in the ongoing battle for the city.

Sunni forces participating in the operation, however, do not want the Shiite militia to play a role in the campaign, fearing such a move could lead to sectarian tension -- and conflict -- in the ethnically diverse city.